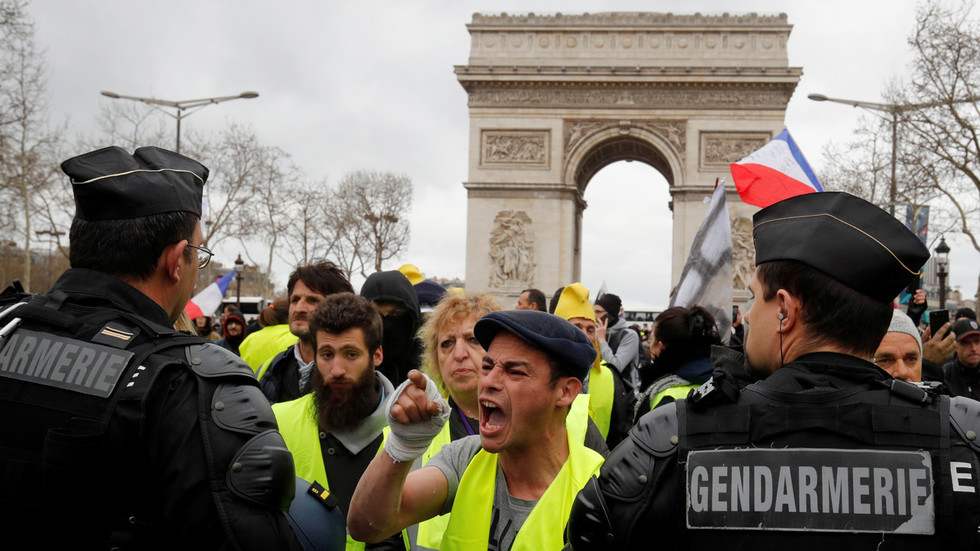 Clashes between protesters and police broke out as the Yellow Vest rallies entered their 18th consecutive week, causing more headaches for President Macron, whose “great debate” aimed at pacifying the protests ended on Friday.

Violence erupted on the Champs-Elysees in Paris, where protesters congregated to take part in the weekly march which began in November. Riot police used water cannons and tear gas to disperse the crowd, some of whom were carrying firecrackers.

The area around the iconic landmark was quickly enveloped in smoke. Some protesters tried to erect barricades to block streets around the Place Charles de Gaulle, prompting police to respond with crowd control measures.