by The Mind Unleashed, The Anti Media: 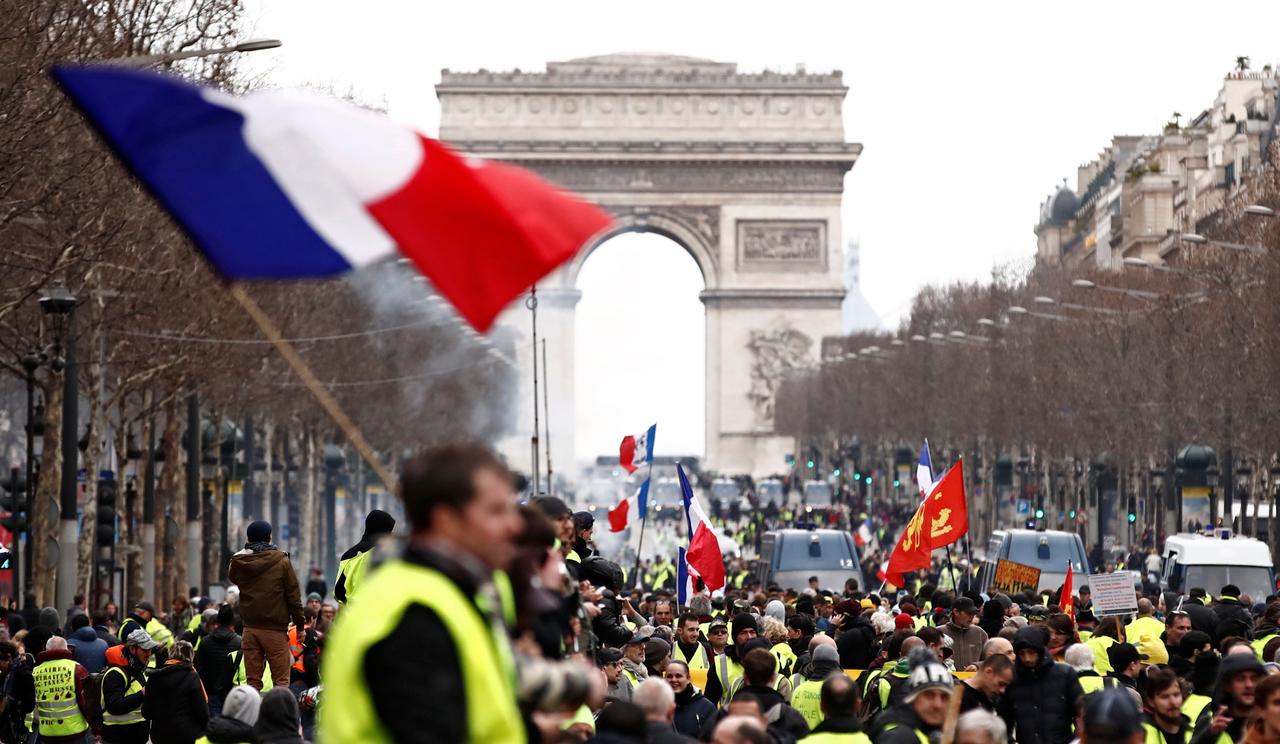 According to French police, Yellow Vest protesters are now using an ancient form of biological warfare in the newest wave of protests. This weekend, authorities reported that Yellow Vest protesters hurled bags of fecal matter at the police. The rudimentary poop-filled mini bombs were made using thin bags and balloons with the intent that they would easily burst on impact.

Rudy Manna from the Alliance police trade union in the southern port city of Marseille, told the AFP that many of the “bombs” hit their targets.

Three policemen were soaked through with it,” Manna said.

Marseille police headquarters even reported that one officer was injured when he was hit in the elbow with “a poop-filled projectile.”

Very few pictures of the officers were taken, aside from the photo below which was posted to Twitter.

“[The police officers] had it in their hair, on their shoes, they had to dump their clothes. They’ve told me they’ve never been that humiliated. And since it was truly sh*tty afternoon, the showers did not work at the North Station, they had to clean themselves with cold water in the garage,” Manna said.

Police suspect that this could be a coordinated strategy, since similar incidents were reported in other cities, including Montpellier. Protesters were organizing on social media and were reportedly encouraging fellow demonstrators to arm themselves with ‘Caca-tovs,’ presumably a play on Molotov cocktails and “caca.”

Twitter user adda françois posted the following picture, which appears to show the creation of these bombs.

A member of the Yellow Vests posted a video to YouTube, where he explained that protesters should consider using the projectiles because they have a “psychological” impact on the police. The anonymous protester in the video said that this idea originated in Venezuela in 2017. However, it is likely that this type of strategy dates back to ancient times.

It was reported that over 40,000 people took part in the past weekend’s protest, with 10% of the demonstrators concentrated in Paris, and the rest spread throughout other large metropolitan areas in the country.