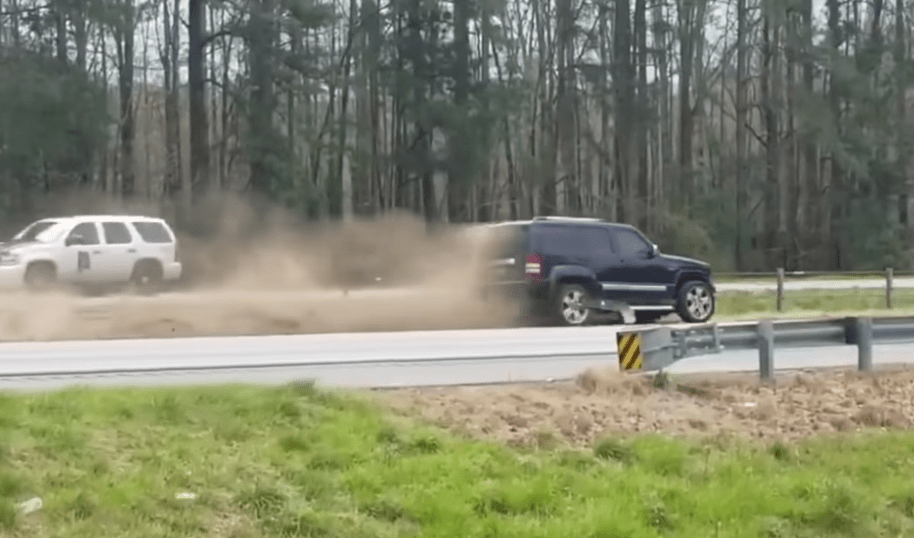 This is as close as you can get to driving head-on into the President of the United States.

Residents hoping to get a glimpse of the vehicles passing by on Interstate 85 just inside the Opelika city limits got much more than they expected.

A WSFA 12 News viewer first trained his camera on the roadway, capturing video of an advance group of 10 motorcycle officers a short distance ahead of the president. As the presidential vehicles begin to come into focus, the sound of squealing tires turns the
otherwise quiet event into a load spectacle.

Local residents recording the event were shocked and alarmed by the crazed SUV driver, according to additional footage here.

Just as the motorcade travels through the video at high speeds, passing by in one direction, an out of control passenger vehicle comes into view. The vehicle, traveling in the opposite direction as the president, left the roadway and almost entered the median.