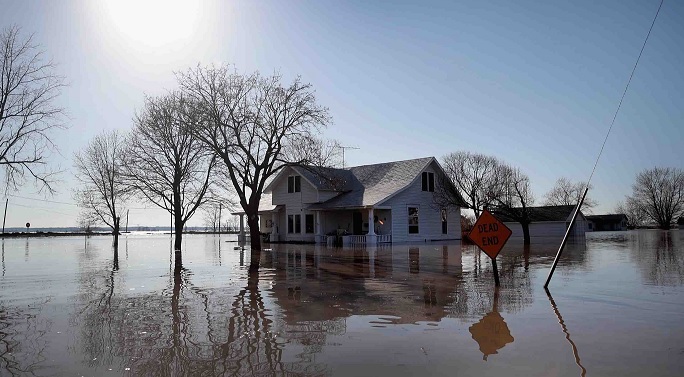 The damage from the massive flooding in the midwest isn’t only affecting farmers, many of which say they may not be able to overcome the severe losses, but trickles down to consumers as expected food shortages will cause an extreme increase in prices at the grocery store across the nation.

Agriculture Secretary Sunny Purdue estimates that up to a million calves have been lost to the flooding, from what Nebraska Gov. Pete Ricketts calls the “most widespread disaster we have had in our state’s history.”  While losses are still being tallied, initial estimates by Nebraska Department of Agriculture are expected to exceed $400 million in crops and more than $400 million in lost livestock. Those numbers are projected to rise.

Reuters reports that ore than one million acres of crops have been decimated, with some farmers saying that up to 50 percent of farmers in their area may not be able to recover from the losses. One farmer in Fremont lost 700 head of hogs, with others losing grain crops, soy, corn, etc…..

The devastation to these farmers cannot be overstated and the destruction is not over yet, as Michael Snyder at the Economic Collapse blog points out, the “National Weather Service is telling us that there will be more catastrophic flooding throughout the middle portion of the nation for the next two months.”

AG WEB gives us a clue of what that means for American shoppers, long term, as they highlight that 22 percent of the total national feedlot inventory comes from Nebraska.

That is just cattle and beef and just the from one state devastated by the flooding, frozen grounds and upcoming weather, which will eventually “impact food on your table,” as ‘The New Food Economy” website explains.

Just using the million calves that have been lost already in Nebraska as an example of why the effects of this tragic disaster won’t be felt for the rest of the nation for months and years to come, those lost calves typically would have been ready for for slaughter between 12 and 18 months, so meat lovers should stock up now, because while the price increases might start slow, the shortages coming a year down the line will undoubtedly show those food prices steadily rise for years to come. 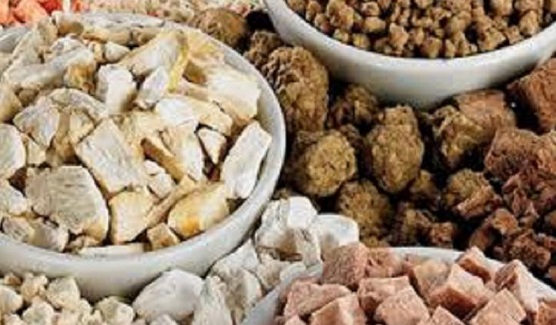 With the majority of Americans living paycheck to paycheck and having little to no savings, spikes in prices for the foods that offer protein, calories and iron, such as meats, could leave them without the financial means to get their daily supplement, which is why preppers across the nation have a far better chance to healthily survive the upcoming squeeze.

Quite often people talk about prepping in terms of preparing for a national disaster, a terror attack, an EMP, a natural weather event that will leave them unable to run to the grocery story, but keeping a supply of survival food, specifically freeze dried meats with a 15-25 year shelf live,  can also help one maintain a steady diet which includes the nutrients to stay healthy during a period of food shortages or a dramatic spike in prices, as is expected for meat and corn, among other things.

While many often know about freeze dried survival foods, where a set amount of hot water is added will rehydrate whole meals, and voila, a ready made diner is on the table, not everyone is aware of specific packages and offer just a variety of freeze dried meats, large portions that can be rehydrated and added to any dish in order to supplement their intake of protein, iron and calories.

As a side note, remember your animals, as some companies actually create freeze dried meat meals for your dogs!  Same goes for cats!

By doing so, consumers don’t have to sacrifice taste as shelf-stable, freeze-dried and dehydrated foods can be turned into nutritious and delicious dishes, as I have found a number of cookbooks that specifically deal with turning your emergency stocks into tasty meals. One of those is called “The Prepper’s Cookbook: 300 Recipes to Turn Your Emergency Food into Nutritious, Delicious, Life-Saving Meals.” Another I found while researching is “Just Add Water: Recipes Suitable for Long-Term Food Storage, Natural Disasters and Prepping.”

Related: Freeze-Dried Chicken: A Tutorial at the Survival Mom website. 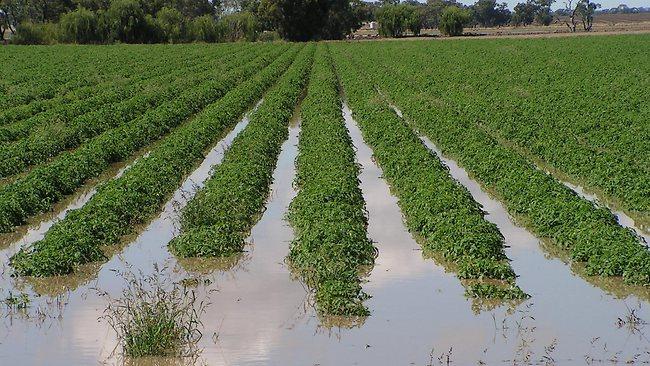 PREPPING IS ABOUT MORE THAN CATASTROPHE

Prepping isn’t always about disaster, often those stocks can help for a variety of issues and events that do not include catastrophe, but could help get one through a period after losing a job, knowing those stores of food can and will feed the family until one can get back on their feet. Those stores can get folks through a short period of time if a storm knocks out the electricity. Or like we are talking about here, one can buy the meats sold at the grocery store where the prices stay reasonable, and simply supplement their stocks for the meats that will escalate in price with freeze dried meats that work well in casseroles, stews, soups and other dishes, and they won’t get gauged every week while shortages of particular meats exists.

For those that are planting or getting ready to plant their own crops or personal vegetable gardens, keep the farmers and ranchers suffering in the midwest in your prayers.