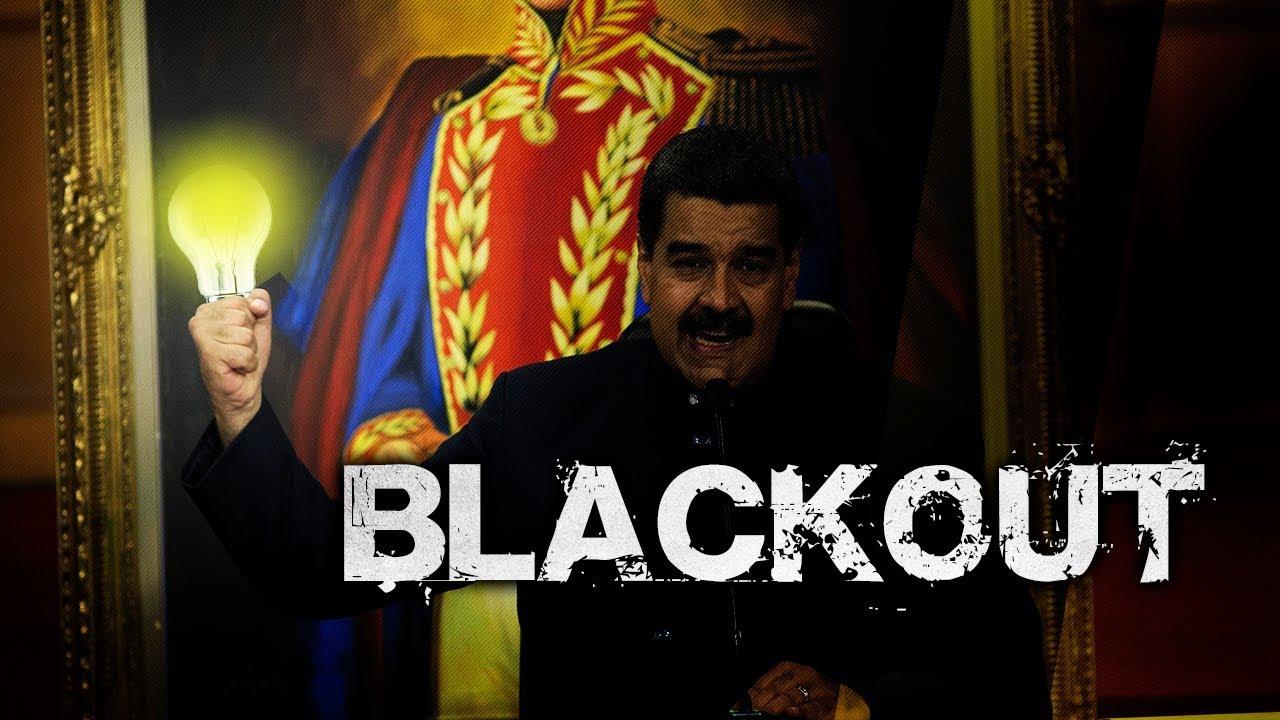 During the past few days, Venezuela was suffering a major blackout that left the country in darkness. The crisis started on March 7 with a failure at the Guri hydroelectric power plant, which produces 80% of the country’s power. Additionally, an explosion was reported at Sidor Substation in Bolivar state.

Since then, the government has been struggling to solve the crisis with varying success.

President Nicholas Maduro says that the blackout is the reason of “the electric war announced and directed by American imperialism.” According to Maduro, electrical systems were targeted by cyberattacks and “infiltrators”. He added that authorities managed to restore power to “many parts” of the country on March 8, but the restored systems were knocked down after the country’s grid was once again attacked. He noted that “one of the sources of generation that was working perfectly” had been sabotaged and accused “infiltrators of attacking the electric company from the inside.”

In own turn, the US continues to reject claims accusing it of attempts to destabilize the situation in the country. Secretary of State Mike Pompeo even claimed that Washington and its allies would not hurt the “ordinary Venezuelans.” According to him, what’s hurting the people is the “Maduro regime’s incompetence.”

“No food. No medicine. Now, no power. Next, no Maduro,” Pompeo wrote in Twitter, adding that “Maduro’s policies bring nothing but darkness.” Unfortunately, the top diplomat did not explain how wide-scale economic sanctions imposed to wreck the country’s economic should help the “ordinary Venezuelans”.

The State Department attitude was expectedly supported by US-proclaimed Venezuelan Interim President Juan Guaido, who recently returned to country after an attempt to get more foreign support for US-backed regime change efforts. Guaido accused the “Maduro Regime” of turning the blackout during the night in a “horror movie” with his “gangs” terrorizing people.

Another narrative, which recently set the mainstream media on fire, is the alleged Cuban meddling in the crisis. According to this very version of the event, “forces of democracy” were not able to overthrow the Venezuelan government because its political elite is controlled by Cuban intelligence services. President Donald Trump even said Maduro is nothing more than a “Cuban puppet.”

Taking account already existing allegations about the presence of Hezbollah and Russian mercenaries in Venezuela and an expected second attempt to stage US aid delivery provocation on the Colombian-Venezuelan border, it becomes clear that chances of US direct action to bring into power own political puppet are once again growing.

The February attempt to stage a provocation failed and make a final step toward a regime change by force failed after it was publicly revealed that the US-backed opposition was intentionally burning “aid trucks” to blame the Maduro government. Furthermore, the military backed Maduro, and the scale and intensity of protests across the country were not enough to paralyze the government.