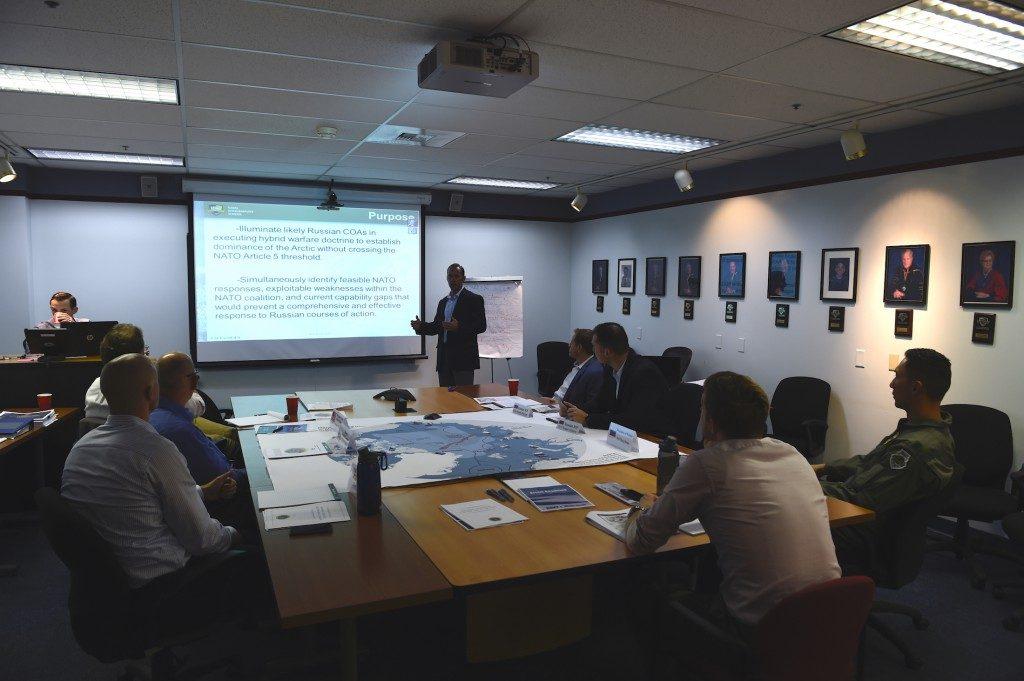 Laura Widener, writing for American Military News, outlined a chilling prediction from the RAND research organization that the United States would not survive in an all out war with Russia and China.

Widener writes: The U.S. repeatedly “gets its ass handed to it” in World War III simulations, according to the global research organization RAND.
“In our games, when we fight Russia and China … blue gets its ass handed to it,” RAND senior researcher David Ochmanek said during a panel discussion at the Center for a New American Security think tank last week.

Watch his remarks at approximately 13:07 in the video below:

Ochmanek said the scenarios often end with the “red” – Russia and China – destroying U.S. fighter jets while still on the runway, sinking U.S. warships, and destroying U.S. military bases and other vital military systems. “In every case I know of, the F-35 rules the sky when it’s in the sky,” said Robert Work, a former deputy secretary of defense and an expert war game analyst. “But it gets killed on the ground in large numbers.”

U.S. aircraft carriers are also considered more vulnerable to enemy attacks. “Things that sail on the surface of the sea are going to have a hard time,” Ochmanek said. The Chinese would “attack the American battle network at all levels, relentlessly, and they practice it all the time,” Work said. “On our side, whenever we have an exercise, when the red force really destroys our command and control, we stop the exercise and say, ‘Let’s restart.’”

There is a widespread assumption that paints America as a leading military power who wins handily in any wartime scenario, Ochmanek pointed out. However, he noted that this isn’t the case, and people are shocked to learn the truth – that all five warfare domains are contested.

The “brain and the nervous system that connects all of these pieces is suppressed, if not shattered,” Ochmanek said.

He also explained that the forward bases U.S. forces operate from are eliminated in war scenarios, taking away critical points of operation; researchers are unsure of what that means for America’s fate.
U.S. bases in Europe also pose a vulnerability due to their scattered proximity and insufficient defense capabilities.

“If we went to war in Europe, there would be one Patriot battery moving, and it would go to Ramstein [in Germany]. And that’s it,” Work noted. “We have 58 Brigade Combat Teams, but we don’t have anything to protect our bases. So what difference does it make?”