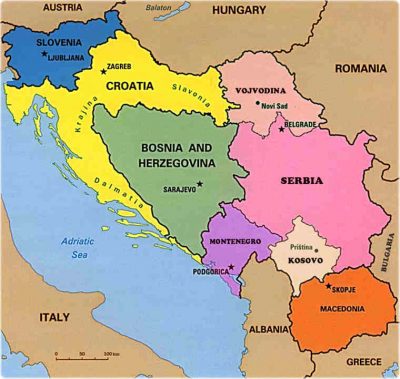 The NATO war on Yugoslavia which culminated in the 78-days bombing of historic cities and infrastructures – as usual under atrocity propaganda and pretexts – is on its 20th anniversary.

The grim anniversary is admirably recognized by Science for Peace members to remember and to prevent who-knows-what NATO war crime next as “humanitarian intervention”.
From Yugoslavia to Iraq to Libya, where does it stop? Observe that Trump is now seeking a NATO alliance with Bolsonaro Brazil (see image below)  -to perhaps back the bombing of Venezuela, or any other society, including the Brazilian people, not bowing to US-led global corporate colonization. Socialist genocide is the unspeakable logic of the serial war crimes under international law. 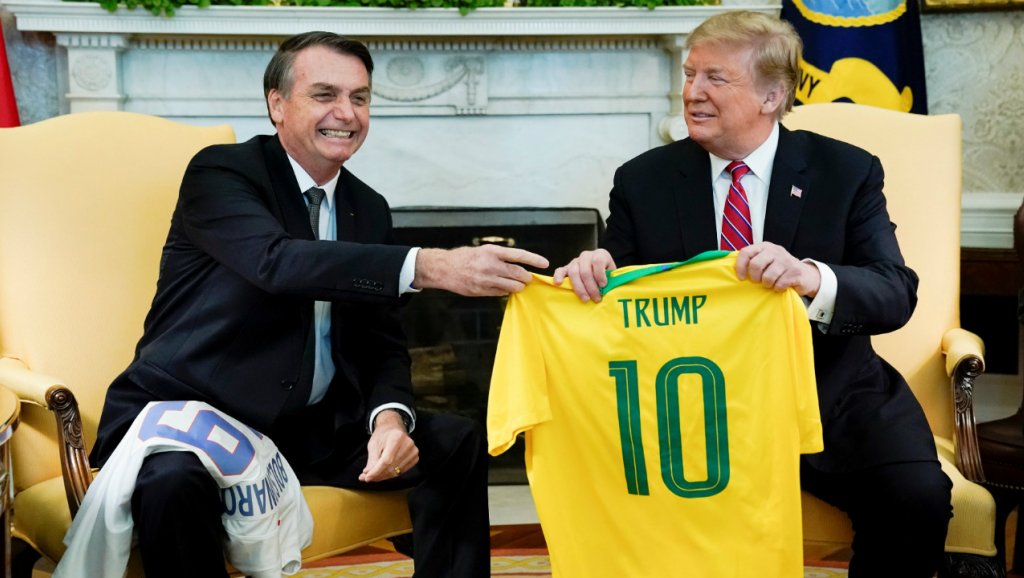 olve the endless Balkan ethnic wars of its past history.This larger design is taboo to state – US-led genocide of any socialist society as covert state policy. Instead ‘freedom’ and ‘human rights’ is the reverse-mask every time which is relentlessly dinned into people’s heads. In this way, again and again, the non-stop succession of US international crimes under law is covered up into the present day. So too, federal Yugoslavia, once the envy of the world in democratic social progress, was destroyed step by step. Its bonding social infrastructures were dismantled by unceasing, all-fronts US financial war in which NATO bombing in 1999 was only the most evident event of the socialist genocide.Repressed Witness of the Killing of a Multi-Cultural SocialismBelow are excerpts from Ottawa University Professor of Economics (emeritus) Michel Chossudovsky’s long-leading analysis which provides a minimalist through-line of the effectively genocidal war against all not-for-profit institutions of a socialist society in which Yugoslavia is a paradigm case. The selected text excerpts below are from Michel Chossudovsky’s 1996 article  (updated in 2002) published as a chapter in The Globalization of Poverty and the New World Order, Global Research, Montreal, 2003.

History repeats itself in patterns not events.The pattern of criminal US destabilization and destruction of social states to loot them of their sovereign resources is the unseen history of the last century of the world.Yugoslavia provides the cornerstone example since the Nazis inside Europe with Ukraine taken down since in the same pattern still taboo to see.US-led NATO is the transnational war machine of the world devouring all public wealth it can extort to terrorize all into conformity to the global-carcinomic regime. The NATO that bombed Yugoslavia 20 years ago and Iraq and Libya since is also the greatest polluter, waster, and destroyer of the global environment beneath all notice of it.