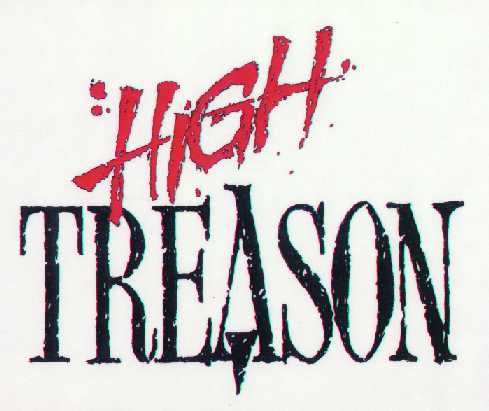 This is not an article designed to entertain yo  as you get daily 5 minutes of coffee and news. If one really wants to understand what is truly happening to our country, it will require some relatively deep reading, prayer which begs for discernment and finally more deep reading/listening.  There are two videos that I am calling attention to in the present moment which captures the essence of the invasion of the United States from within. Following the presentation of the videos, i will take the reader to a deeper understanding of what is truly happening one level above what you will hear on these tapes.

There are two videos which capture the essence of how the United States has been invaded. I have referenced this first video 18 times in stories I have written about the betrayal of the Democratic Party. The first video listed below is the work of New Zealand’s Trevor Loudon and it is entitled as Enemies Within.  In the video, Loudon identifies many of the key players in the Democratic Party who are card-carrying Socialists/Communists and in some cases belonging to front groups for the world’s largest terrorist organization, the Muslim Brotherhood. The names include Nancy Pelosi, Kamala Harris, Elizabeth Warren,  Shumer, Clinton, Obama, Franken, etc.

The Brains Behind AOC

The following video is capturing the attention of the intellectual elite among those in the Independent Media (IM) and their high IQ followers. There are some who will never grasp the importance of what appears in the following video in which the publisher identifies the Justice Democrats as being the brains behind of the rise of an unknown, wet t-shirt participating contestant, bartender. OAC is not your little Puerto Rican girl running for Congress. As the following video captures the accuracy of who she is, she is the election choice of the Justice Democrats who are selecting stooges who will have political and public appeal, OAC and others have answered a casting call and were selected for the role of political stooge. They are then are bankrolled and sent to Congress as they carry out the Communist agenda. these actors and actresses target uncooperative Democrats in the primary election process.

If you took the time to listen to this revelation about OAC, who is not bright enough to even name the branch of government she was elected to, you would have discovered that Congress is in the early days of becoming a try-out venue, casting call, for the role of Congress person, most of whom are not bright enough to pour urine out their own boots. OAC, when she goes off script, shows she’s dumber than a box of rocks.

Ultimately, behind the Justice League is George Soros and his huge army consisting of the likes of  Antifa, Moveon.org, the Southern Poverty Law Center, and of course ISIS, the Mexican drug cartels and MS-13, all of whom are in the United States awaiting orders for future action.

I have not been sitting on the sideline in a state of suspended animation on this critical issue. Over 26 months ago, I produced the following video in which I identified Elizabeth Warren and Kamala Harris as members of a front group for the Muslim Brotherhood. Very few wanted to listen at that time. Perhaps, as the ongoing Deep State invasion of the United States and the subsequent attacks upon our Constitution and the American culture, perhaps people will be more receptive to this kind of information.

Proper Reframing of the Loyalties of This Congress

Let’s frame this to something concrete. Let’s take border security. The liberals are blocking Trump’s declaration that the border is a problem and that Trump making up the threat story for political gain. the MSM is complicit in this redirection. For example, Arizona’s most popular news broadcast station (Channel 3), was ecstatic that Trump’s emergency declaration was blocked. However, the station then ran another installment of how opioids are coming across our southern border and killing hundreds of Arizonans. Yet, there is no emergency at the border? The 1984 duplicitous message is apparent for all who have eyes to see.

Trump has already said that he supports bringing in one million immigrants for American jobs, but he wants to screen everyone for potential threats to national security. Isn’t this position just plain Common Sense?  But this is opposed by key members of Congress led by Nancy Pelosi. How could anyone be opposed national security under these conditions unless one was making money on these criminal enterprises?

In the past 30 days, there has been another series of arrests at the border. They include Chinese nationals. Should we be concerned given the Chinese military threat that already exists inside of our country?