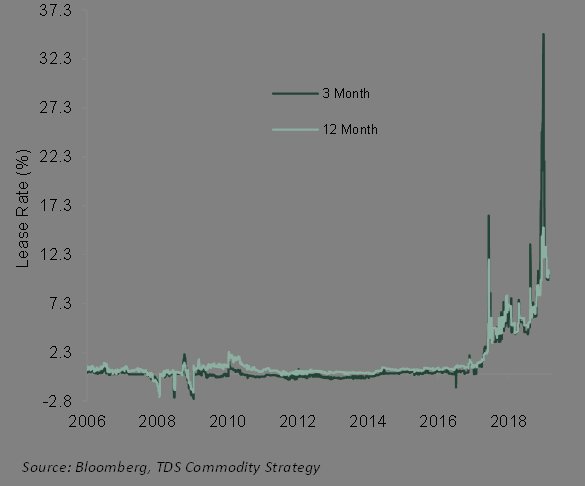 There’s been a lot of talk recently about palladium and, frankly, a lot of misinformation and guesswork from generalists and traders. What’s going on in palladium is NOT a speculative bubble…far from it…and David Jensen joins us today to explain why.

David Jensen is a precious metals market analyst and the CEO of a private mining company. I’ve known David for several years and, back in 2017, he was the first person to alert us regarding the potential Bank-breaking qualities of the palladium market.

As you likely know by now, those Bank-breaking qualities have only been exacerbated in recent months. The global palladium market is experiencing a serious physical supply squeeze. How can we state this with certainty? Check the exorbitant lease rates for physical palladium in London as well as the backwardation of the futures board in New York.

Some have stated that the rise in palladium is simply a “speculative bubble”. If that was the case, we’d be seeing a sharp rise in open interest and trading volume on Comex in New York. However, Comex palladium open interest was 29,000 contracts last November when price was $1100 and it remains near 29,000 contracts today with price near $1500. While average daily volume has grown to near 10,000 contracts, that’s not an unprecedented level, either. See below:

We’ve written about this on several occasions, most recently here: https://www.sprottmoney.com/Blog/mr-palladium-punches-back-craig-hemke-0…

Johns Hopkins Study Mysteriously Disappears after it Revealed, In Spite of COVID, No More Deaths in 2020 Than In Prior Years