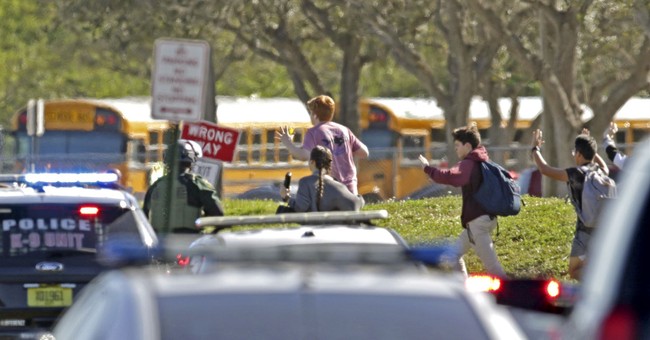 Mass shootings make all the headlines in this country. Not only that, but they trigger calls for more gun control. After all, gun control advocates claim, mass shootings only happen in America.

Yet that claim is becoming more and more dubious.

If you asked me this morning which nation has the most mass shootings in the world, I would have said, with perhaps a flicker of hesitation, the United States.

This is a tad embarrassing to admit because I’m pretty familiar with shooting statistics, having written several articles on gun violence and the Second Amendment. Below is a basic overview of gun violence in America. While gun homicides have been steadily declining for decades in the U.S., mass shootings have indeed been trending upward.

This fact alone probably would not have led me to believe that the U.S. leads the world in mass shootings, however. An assist goes to the U.S. media and politicians.

It’s a slam dunk case except for one thing: it’s not true.

As Investor’s Business Daily noted on these findings, “Yes, the U.S. rate is still high, and nothing to be proud of. But it’s not the highest in the developed world. Not by a long shot.”

If this is true, how did the narrative that the U.S. leads the world in mass shootings become the conventional wisdom? The myth, it turns out, stems from University of Alabama associate professor Adam Lankford.

Lankford’s name pops up in a montage of media reports which cite his research as evidence that America leads the world in mass shootings. The violence, Lankford said, stems from the high rate of gun ownership in America.

However, as the above-linked piece notes, Lankford refuses to share his data for examination.

That alone should disqualify him from public discussion. We have no way of examining what he’s saying to see if he has a point or to see why he’s so egregiously wrong. Instead, he declines to discuss it, though he did tell the writer than he’d be releasing more mass shooting data in the future.

That leads me to wonder if it’s actually “data” or something that came out of his posterior.

The truth is, while we do have a problem with mass shootings, it’s not uniquely American. This even though we’re pretty much the only nation left that guards the right to keep and bear arms as a sacred and protected right.

But if they’re not, then it undermines much of the anti-gun narrative when it comes to mass shootings. That can’t be allowed.

I’m not a scientist, but I’m someone who has spent a bit of time recently delving into scientific studies on a completely different topic, namely exercise science. Something I’ve seen is that if a study isn’t structured properly, the data it provides can give a false impression. Using an entry-level weight with one implement, then comparing it to at intermediate weight with another, gives an impression that the first implement isn’t as good as the second, despite the apples to oranges comparison.

But because we can see the data, we can judge for ourselves and see the flaws in the study. We can understand the results far better than if it was spoon-fed to us.