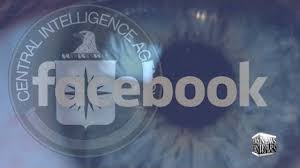 With Facebook now under federal investigation, we take a look back on its beginnings with DARPA and the CIA

Interestingly, the LifeLog project was terminated at approximately the same time that Facebook was founded.

Sean Parker, Facebook’s first president, was recruited by the CIA in 2004 before heading the tech company.

Shortly after, the CIA began investing in venture capital firm In-Q-Tel, which helped mine the user data of millions.

As this information begins to surface, top executives are leaving Facebook.

DEMOCRATS IN PANIC OVER IMPENDING FINANCIAL COLLAPSE OF “BLUE” CITIES

BIDENgate: The Most Explosive October Surprise of the Millennium