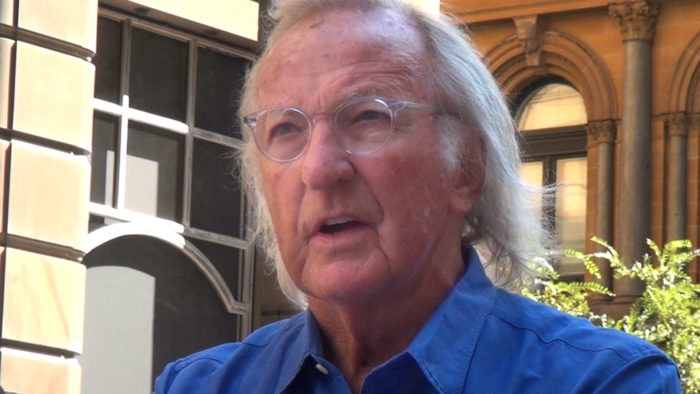 The refusal by Australia’s foreign ministry to honor the UNs’ declaration that Julian Assange is the victim of “arbitrary detention” is a shameful breach of the letter and spirit of international law, says John Pilger.

The man who guards Room 101 sits in what looks like an old-fashioned telephone box. He watches a screen, watching Julian. There are others unseen, agents of the state, watching and listening.

Cameras are everywhere in Room 101. To avoid them, Julian maneuvers us both into a corner, side by side, flat up against the wall. This is how we catch up: whispering and writing to each other on a notepad, which he shields from the cameras. Sometimes we laugh.

I have my designated time slot. When that expires, the door in Room 101 bursts open and the guard says, “Time is up!” On New Year’s Eve, I was allowed an extra 30 minutes and the man in the phone box wished me a happy new year, but not Julian.

Of course, Room 101 is the room in George Orwell’s prophetic novel,1984, where the thought police watched and tormented their prisoners, and worse, until people surrendered their humanity and principles and obeyed Big Brother Julian Assange will never obey Big Brother. His resilience and courage are astonishing, even though his physical health struggles to keep up. 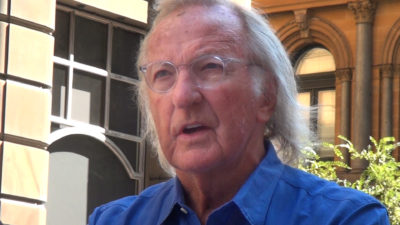 Julian is a distinguished Australian, who has changed the way many people think about duplicitous governments. For this, he is a political refugee subjected to what the United Nations calls “arbitrary detention”.

As founder and editor of WikiLeaks, his crime has been to make sense of dark times. WikiLeaks has an impeccable record of accuracy and authenticity which no newspaper, no TV channel, no radio station, no BBC, no New York Times, no Washington Post, no Guardiancan equal. Indeed, it shames them.

That explains why he is being punished.

Last week, the International Court of Justice ruled that the British Government had no legal powers over the Chagos Islanders, who in the 1960s and 70s, were expelled in secret from their homeland on Diego Garcia in the Indian Ocean and sent into exile and poverty. Countless children died, many of them, from sadness. It was an epic crime few knew about.

For almost 50 years, the British have denied the islanders’ the right to return to their homeland, which they had given to the Americans for a major military base.

In 2009, the British Foreign Office concocted a “marine reserve” around the Chagos archipelago. 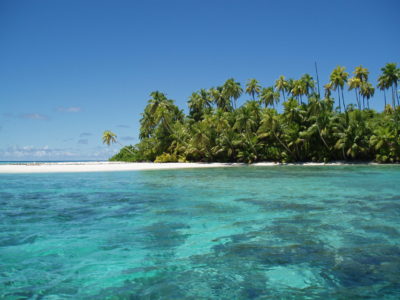 This touching concern for the environment was exposed as a fraud when WikiLeaks published a secret cable from the British Government reassuring the Americans that “the former inhabitants would find it difficult, if not possible, to pursue their claim for resettlement on the islands if the entire Chagos Archipelago were a marine reserve.”

The truth of the conspiracy clearly influenced the momentous decision of the International Court of Justice.

WikiLeaks has also revealed how the United States spies on its allies; how the CIA can watch you through your Iphone; how Presidential candidate Hillary Clinton took vast sums of money from Wall Street for secret speeches that reassured the bankers that if she was elected, she would be their friend.

In 2016, WikiLeaks revealed a direct connection between Clinton and organized jihadism in the Middle East: terrorists, in other words. One email disclosed that when Clinton was US Secretary of State, she knew that Saudi Arabia and Qatar were funding Islamic State, yet she accepted huge donations for her foundation from both governments.

She then approved the world’s biggest ever arms sale to her Saudi benefactors: arms that are currently being used against the stricken people of Yemen.

That explains why he is being punished.

WikiLeaks has also published more than 800,000 secret files from Russia, including the Kremlin, telling us more about the machinations of power in that country than the specious hysterics of the Russia-gate pantomime in Washington.

This is real journalism — journalism of a kind now considered exotic: the antithesis of Vichy journalism, which speaks for the enemy of the people and takes its sobriquet from the Vichy government that occupied France on behalf of the Nazis.

Vichy journalism is censorship by omission, such as the untold scandal of the collusion between Australian governments and the United States to deny Julian Assange his rights as an Australian citizen and to silence him.

In 2010, Prime Minister Julia Gillard went as far as ordering the Australian Federal Police to investigate and hopefully prosecute Assange and WikiLeaks — until she was informed by the AFP that no crime had been committed.

Last weekend, the Sydney Morning Herald published a lavish supplement promoting a celebration of “Me Too” at the Sydney Opera House on 10 March. Among the leading participants is the recently retired Minister of Foreign Affairs, Julie Bishop.

Bishop has been on show in the local media lately, lauded as a loss to politics: an “icon”, someone called her, to be admired.

The elevation to celebrity feminism of one so politically primitive as Bishop tells us how much so-called identity politics have subverted an essential, objective truth: that what matters, above all, is not your gender but the class you serve.

Before she entered politics, Julie Bishop was a lawyer who served the notorious asbestos miner James Hardie which fought claims by men and their families dying horribly from asbestos.

Lawyer Peter Gordon recalls Bishop “rhetorically asking the court why workers should be entitled to jump court queues just because they were dying.”

Bishop says she “acted on instructions … professionally and ethically.” 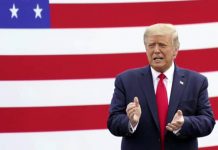