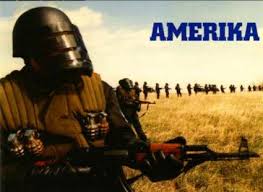 Attention America, your country has been targeted for destruction.

Thanks to Pam for sending this to me, because the following summarizes where the globalists are taking America

Recognizing that there is and has been a century’s long shrouded plan to mastermind a worldwide Weltanschauung that puts a diabolical elite mastery over the billions of human beings, which make up the vast hordes of divinely created life on this planet, is a taboo topic in most cultures. The entire system of socially manufactured perception is a plot to keep people in line and docile. Mass societal pressure is dumped on anyone, who dares to put forth a confederacy organism of global rule explanation for understanding political, social and economic affairs. Keeping the enigma program for extending a cruel and deadly supremacy over mankind cannot be kept secret any longer.“Simply put, the globalist movement is an alliance based on self-interest of the private international financiers and the royal, dynastic and hereditary land owning families of Britain, Europe and America which over the years have intermarried to create a self regenerating power structure that through lies and deception seeks to control everything and everyone on earth.”

The globalists using their minions within the Deep State and the Democratic Party, are making their big push! They are bringing all their weapons to bear upon the country and in the end, they are trying to get us to destroy ourselves. Here is the outline of what is coming.

Paul Martin and I accidentally discovered the “motherload” of one of the main plots to destroy American, with regard to the destructive takedown of the United States involving food supplies and national defense. The plot is is pervasive and it is insidious. It is also undeniable.
The author of this article has never had to deal with so much self-doubt, denial and downright cognitive dissonance on any previous topic. The genesis of this article began with two very lengthy conversations I had with well-placed covert sources with active intelligence duties within the US government. These two sources have indeed provided the CSS with actionable intelligence in the past that has proven reliable. Their independent revelations are both believable and frightening. Following my conversations with both individuals, I purposely set out to disprove what they were telling me because I did not have the mental courage to face and acknowledge that what they were telling me was true and they were confiding in me because they wanted this story told to the public in a manner that they were not able to share. I don’t want to share this, because I know they are correct, I know this from five years of research.
Here is an outline of what has been told to me within the past six days by two reliable and highly-placed sources from which I have been able to confirm nearly every claim and Paul Martin and I have ongoing and developing proof that what they are saying is correct:
1. Weather wars are increasingly producing severe weather deeper within the United States and with each successive year, the agricultural growing season grows shorter and the result is less food yield. The potential for famine is growing exponentially with each shortened food growing cycle.
2. The food supply is being severely compromised. Variables like CWS and its “mad cow” disease  effects on the food supply constitutes an immediate threat and danger to the people of the United States. CWS is spreading to other species. The CDC knows it and this is why the CDC facility in Northern Colorado, was overrun with military vehicles and this is what Paul Martin reported to the listeners of The Common Sense Show, ten days ago. To add insult to injury, I have learned that CWS can also be spread from human to human and it’s just getting started. It is the perfect attack mechanism because the early symptoms are often misreported.  This would help obscure that the people are under deliberate attack. In the follow up article in this series, I will be publishing CDC reports that establishes these facts, and although the CDC soft-pedals its conclusion, it is quite clear where this is headed. The globalists are closing the gap between American citizen self-sufficiency and the ability to provide for their own food and nutritional needs. The globalists are preparing to starve us to death. Our agricultural system is under extreme attack and I have been told that key Democratic Party elements are participants in this plot to destroy America.
3. Related to this conspiracy is the border wall. Has anyone noticed the border wall has changed from original design? Have you noticed that the steel slats have replaced on concrete 30 foot high wall to a one with steel barriers? The border wall is no longer about keeping out immigrants. It is about repelling a light infantry attack. In the follow-up article, more details will be provided. I know that there were those that mocked Steve Quayle and myself as we talked about the real possibility of a coordinated Red Dawn invasion. The skeptics are about ready to eat crow.
4, The Jussie Smollett false flag event which was to culminate in a series of race riots in coordination with LGBTQ outrage, was designed to destabilize the country and make it vulnerable to what is to follow. I want to emphasize to my colleagues in the Independent Media (IM), to take a strong look at the law firm hired to represent the Nigerian brothers hired by Smollett to carry out the false flag. My agreement with a source prevents me from looking at these 2 lawyers and exploring the connections, if any. Namely, I am referencing Jorge Rodriguez and Gloria Schmidt aka, Gloria Mendoza aka, Gloria Rodriguez. It may prove beneficial to look at any Peruvian connection and any possible connections to Rahm Emanuel. It may prove to be nothing, but my instincts and other variables I have knowledge of,  say otherwise.
5. I have good intelligence which says that a massive wave of terrorist attacks was to follow the Smollett manufactured race riots to further destabilize the country. The leader of the New California movement is aware of this as well and will say so on tonight’s The Common Sense Radio Show.  Some sources believe that the Deep State will leap frog beyond race riots and perpetrate false flag events using the terrorist forces already embedded in our country since the Smollett debacle was blown up.