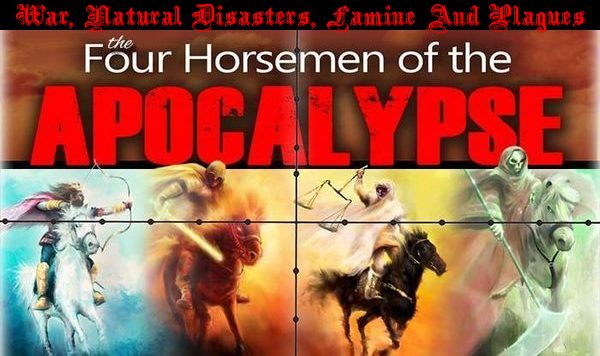 In this February 19th story over at BBC Future titled “Are we on the road to civilization collapse?“, the story’s author puts together a compelling argument that Western civilization may be heading the way of ancient Rome and 27 other ancient civilizations that once rose to great heights before collapsing into themselves and into the dustbin of history, pointing out within the story that more often than not, those civilization’s were largely responsible for their own declines.

Also pointing out that those civilizations were quite often assisted in their self-destruction by ‘outside forces‘ more than happy to push them along, their story also warns that once on the downhill slope, the collapse of nations and empires accelerate very quickly with their once held ‘greatness‘ providing no immunity to the out-of-control problems facing them.

Also reporting that collapse can be defined as a rapid and enduring loss of population, identity and socio-economic complexity, leading to public services crumbling and disorder ensuing as government loses control on its monopoly on violence, they argue that all past ‘empires‘ have eventually gone through such a fate. So why would Western civilization be any different, especially with those ‘outside forces‘ pushing the West towards self-destruction joined by ‘enemies within‘?

Their story then went on to outline some of the many different reasons that civilizations collapse, warning that while some recovered, others permanently vanished. Detailing for us how inequality and oligarchy, external shocks (the story labels “the four horsemen“) and randomness/bad luck (the “red queen effect”) have brought many prior civilizations crashing down, we’ll take a brief look here at an excerpt from their story with much more below this section looking at the fall of America and Western civilization today.

Our deep past is marked by recurring failure. As part of my research at the Centre for the Study of Existential Risk at the University of Cambridge, I am attempting to find out why collapse occurs through a historical autopsy. What can the rise and fall of historic civilisations tell us about our own? What are the forces that precipitate or delay a collapse? And do we see similar patterns today?

Virtually all past civilisations have faced this fate. Some recovered or transformed, such as the Chinese and Egyptian. Other collapses were permanent, as was the case of Easter Island. Sometimes the cities at the epicentre of collapse are revived, as was the case with Rome. In other cases, such as the Mayan ruins, they are left abandoned as a mausoleum for future tourists.

While there is no single accepted theory for why collapses happen, historians, anthropologists and others have proposed various explanations, including:

INEQUALITY AND OLIGARCHY: Wealth and political inequality can be central drivers of social disintegration, as can oligarchy and centralisation of power among leaders. This not only causes social distress, but handicaps a society’s ability to respond to ecological, social and economic problems. The field of cliodynamics models how factors such as equality and demography correlate with political violence. Statistical analysis of previous societies suggests that this happens in cycles. As population increases, the supply of labour outstrips demand, workers become cheap and society becomes top-heavy. This inequality undermines collective solidarity and political turbulence follows.

EXTERNAL SHOCKS: In other words, the “four horsemen”: war, natural disasters, famine and plagues. The Aztec Empire, for example, was brought to an end by Spanish invaders. Most early agrarian states were fleeting due to deadly epidemics. The concentration of humans and cattle in walled settlements with poor hygiene made disease outbreaks unavoidable and catastrophic. Sometimes disasters combined, as was the case with the Spanish introducing salmonella to the Americas.

RANDOMNESS/BAD LUCK: Statistical analysis on empires suggests that collapse is random and independent of age. Evolutionary biologist and data scientist Indre Zliobaite and her colleagues have observed a similar pattern in the evolutionary record of species. A common explanation of this apparent randomness is the “Red Queen Effect”: if species are constantly fighting for survival in a changing environment with numerous competitors, extinction is a consistent possibility. 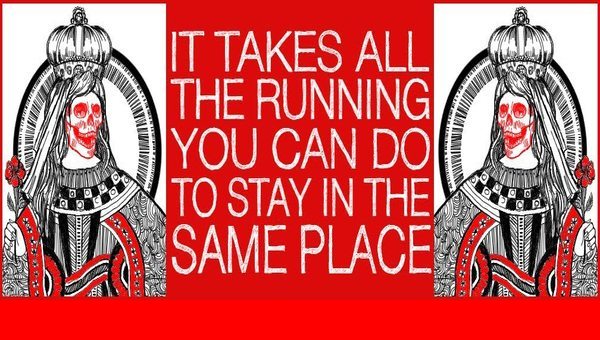 In this new story from the Conservative Treehouse and the first video below, we see an absolutely fantastic commentary on the state of the world in heavily leftist California from a man who lives there and who warns us that the way that California is headed should be a huge warning to America and the world as we’re following blindly in their footsteps.

Our videographer takes us on a trip through parts of California within his video, showing us tent cities along streets merely miles away from where Hollywood just held the Academy Awards. Telling the Hollywood hypocrites to stop preaching down at the masses from their high horses that clearly don’t give them an accurate view of what the rest of Americans are going through, our videographer warns that the ‘end game‘ of the socialist policies that many on the left are now preaching will end with ‘a boot stamping forever upon a human face‘ as John A. Dwyer warned in this new story on ANP.

The following excerpt comes to us from this Conservative Treehouse story and references that 1st video below.

At the end of all progressive leftism; when you carry out their policies to their logical conclusion; what we find is this massive wealth disparity between the haves and the have-nots. This is not supposition. History is an empirical guide that cannot be ignored.

All you have to do is look back at the past thirty years for an example of what happens when government control, leftist policies, are carried out. The middle-class is wiped out; wages stagnate or decrease; the wealth gap keeps increasing; crony-government benefits those with the largest financial influence over political policy. By design the process benefits the most elite, the investment class and those with political power.

Within their progressive outlook, wealth is defined as a singularly limited economic pie and the elites step forward to announce their distribution model which requires increased taxation. As a result, immediately disparity increases. And so they, as professional politicians, historically propose solutions – their solutions. However, their solutions are actually the preferred solutions of their campaign contributors, ie. Wall Street. The same Wall Street that funds lobbyists, like the U.S. Chamber of Commerce, to set the economic legislative priorities of congress.