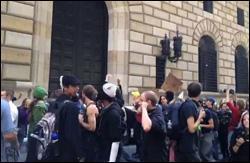 Last Wednesday, the Federal Reserve Board of Governors rushed through a rule change to its stress test for the too-big-to-fail banks on Wall Street, putting it into immediate effect without the customary 30-day delay. It is further noteworthy that the Board did not get the customary unanimous vote to move forward with the rule change: Fed Board Governor Lael Brainard, arguably the smartest member of the Board, voted against the rule change while the four other Governors, including Chairman Jerome Powell, voted in favor.

There is a strong case that can be made that the rushed rule change was to protect the biggest banks on Wall Street – the ones serially charged with crimes around the globe – while putting the public at risk of another epic financial collapse.

What the rule change effectively did was to tell the recidivist banks that their on-site Federal regulator, the Federal Reserve Bank of New York, was not going to flunk them in their stress test for serious lapses in risk management like failing to report and/or control money laundering, insider trading, bribery, or market rigging, to name only a few typical breaches of law.

To fully comprehend the hubris of this rule change, you need to know three important things upfront. First, the Federal Reserve Board of Governors, a so-called independent agency of the U.S. government, is nothing more than a titular head of the Federal Reserve when it comes to supervision of the big banks. Its Governors are indeed appointed by the President of the United States but it has outsourced supervision of the big Wall Street banks to the cozy and compromised Federal Reserve Bank of New York. The New York Fed is literally owned by the largest banks on Wall Street. They are its shareholders; they appoint two-thirds of its Board of Directors and three of those seats are currently filled by bank CEOs.

The second thing you need to know is that Carmen Segarra, a former bank examiner at the New York Fed, has effectively provided a tutorial for the remaining bank examinersthere on how to scoot over to the local Spy Store and buy a tiny tape recorder to catch bosses at the New York Fed telling you to alter the findings of your bank examination. Or telling you that you didn’t hear what you know you heard. Or suggesting that you have a personality problem if you want to flunk a mega Wall Street bank for engaging in exotic and dangerous risk taking; or having inadequate money laundering controls; or having no firm-wide conflicts of interest policy. Segarra says, quite convincingly, with her released tape recordings as backup, that she was fired for ethically doing her job at the New York Fed and refusing to change her examination findings on Goldman Sachs.

Segarra’s intrepid and highly detailed book on the matter, which named names and quoted from those tape recordings, was released in October of last year. It has by now alerted every bank examiner on Wall Street what they need to do to protect themselves from charges of evidence tampering. (It is legal in New York State for an individual to tape another person without their knowledge, as long as the party doing the taping is aware and approves.) Since the Wall Street mega banks have zero plans to change their jaded ways and the New York Fed can’t afford any more public scandals like the Segarra matter, it’s simply stripping the bank examiners of building a case to flunk a firm for serious gaps in risk management.

The third thing you need to know is that the Wall Street mega banks are reporting some eye-popping criminal investigations of their activities, both here and abroad, in their 10-K filings with the Securities and Exchange Commission. According to JPMorgan Chase’s 10-K, the U.S. Justice Department’s Criminal Division is “conducting investigations relating to trading practices in the precious metals markets and related conduct. The Firm is responding to and cooperating with these investigations.” Another criminal charge would be highly problematic for JPMorgan Chase as it has already pleaded guilty to three criminal felonies: two in 2014 related to the Bernie Madoff Ponzi scheme and one in 2015 related to the rigging of foreign exchange trading. It reports in its current 10-K that it is under probation in the foreign exchange matter until January 2020.

Citigroup, which also pleaded guilty to one felony charge in 2015 in the foreign exchange rigging matter, reports in its 10-K that on June 1 of last year “charges were filed by the Australian Commonwealth Director of Public Prosecutions (CDPP) against Citigroup Global Markets Australia Pty Limited (CGMA) for alleged criminal cartel offenses following a referral by the Australian Competition and Consumer Commission. CDPP alleges that the cartel conduct took place following an institutional share placement by Australia and New Zealand Banking Group Limited (ANZ) in August 2015, where CGMA acted as joint underwriter and lead manager with other banks. CDPP has also charged other banks and individuals, including current and former Citi employees.”

According to Citi’s SEC filing, it has also received “subpoenas from the United States Attorney for the Eastern District of New York in connection with its investigation of alleged bribery, corruption and money laundering associated with the Fédération Internationale de Football Association (FIFA), and the potential involvement of financial institutions in that activity. The subpoenas request information relating to, among other things, banking relationships and transactions at Citibank and its affiliates associated with certain individuals and entities identified as having had involvement with the alleged corrupt conduct. Citi is cooperating with the authorities in this matter.”

For Citigroup’s past history in money laundering, see here.

And, of course, there is Goldman Sachs – the firm for whom, according to Segarra, the New York Fed ran a protection racket. In December, Malaysia filed criminal charges against Goldman in relation to sweeping investigations of a Malaysia investment development fund known as 1MDB. On November 1 the U.S. Department of Justice brought criminal indictments against former bankers at Goldman Sachs on charges of money laundering and bribery, also related to the 1MDB matter.

In summary, what we continue to tolerate in the United States are out-of-control casino banks on Wall Street holding trillions of dollars in Federally-insured U.S. deposits – thus making them too-big-to-fail and perpetually dependent on a taxpayer bailout – while crony regulators find every excuse to cut them slack and look the other way.

“The Fed seems to be enacting a double standard for transparency that favors the biggest banks over the public and market discipline. On the one hand, the Fed is going to provide those banks with substantially more information about the stress tests. On the other hand, the Fed is no longer going to disclose its qualitative evaluation of those banks to the public. 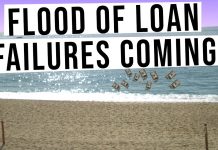 Bankruptcies and Defaults Will Be HISTORIC! Maximum Risk To Debt in Financial System