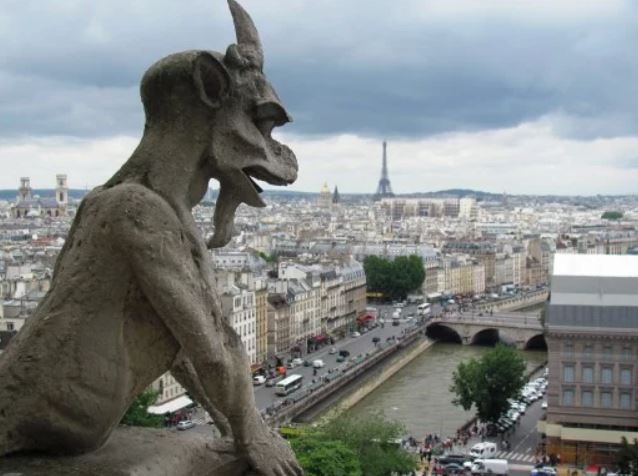 The Denver International Airport installed a talking animatronic gargoyle that pokes fun at the “Illuminati” conspiracies surrounding the airport. When one understands the true purpose of gargoyles, the “conspiracy” only gets thicker.

The Denver International Airport (DIA) is a creepy place and it keeps getting creepier. If you read my 2008 article Sinister Sites: The Denver Internation Airport, you already know about its demonic horse that killed its creator, its Masonic plate saying “New World Airport Commission” and its horrific murals depicting a genocide. 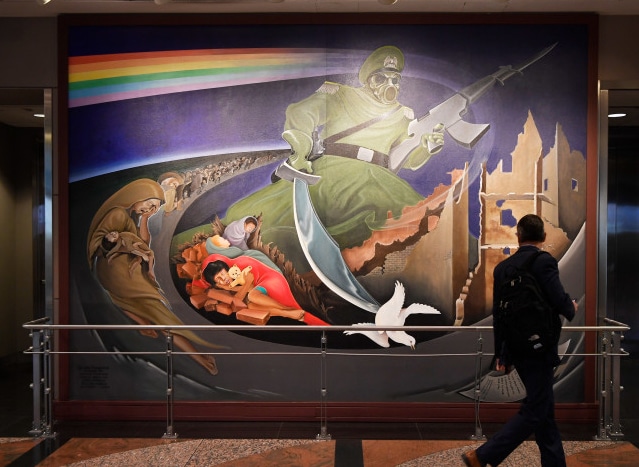 Ten years later, this mural still thoroughly creeps me out.

All of these bizarre things and more lead to “conspiracies” regarding the airport and its possible secret purpose. What’s up with the bizarre markings on the floor? Why did they build a massive tunnel system underneath the airport? And, of course, why are there gargoyles looking over travelers?

One of two gargoyles overlooking the baggage claim at the DIA.

Instead of providing taxpayers rational explanations about the airport they have to use, the DIA launched recently launched a media campaign poking fun at the conspiracies surrounding the airport. And that campaign was weird.

This year, the DIA decided to take the weirdness to yet another level by installing a talking animatronic gargoyle that surprises travelers with sassy jokes and comments. The airport posted a video on YouTube showcasing this thing that probably cost a whole lot of taxpayer money.

A screenshot of the talking gargoyle video.

In the video the gargoyle says to one passenger:

“Welcome to the Illuminati Headquarters, I mean, Denver International Airport!”

In another hilarious bit, it says: 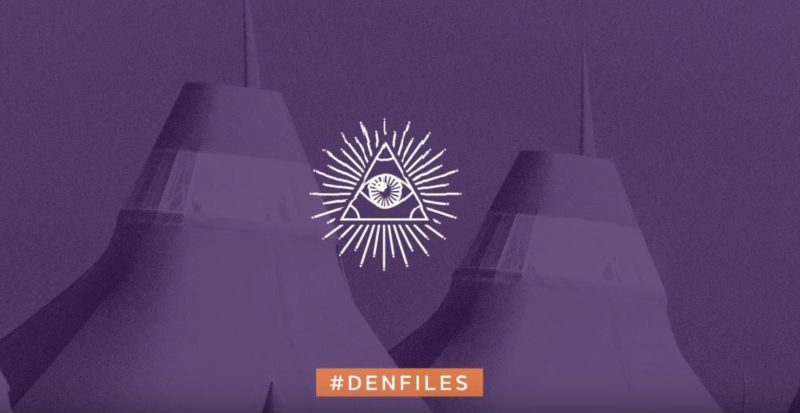 I remember when airports used to focus on, like, planes and stuff.

Judging by the comments on YouTube, most viewers do not appreciate the gargoyle.

The question that is begging to be asked is: WHY? Why is there a creepy, horned demon talking to people who are trying to catch a flight?

A spokesperson of the DIA told Fox News:

“DEN is known for the conspiracies about our airport, and we wanted to find a playful way to embrace the conspiracies. We always strive to win the hearts of our passengers by giving them the unexpected. We hope the gargoyle gave them all a good belly laugh, and more reason to want to travel through DEN.”

As one commentator stated: “If there is one place in the world you don’t want anything unexpected is a place where you get into a crowded tube with jet engines and go way up in the sky”. Furthermore, do airports actually require marketing campaigns? I mean, people go to airports because they have to. There is no airport competition.

The Most Splendid Housing Bubbles in America: Nov. Update