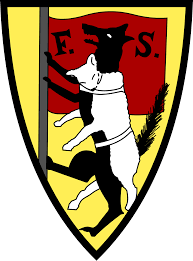 The Purge and Predictive Programming

In the movie series, The Purge, the undesirable people that were targeted for state-sponsored murder in a night of jubilee and freedom from law and order. The intended victims were undesirables (ie the poor and non-contributors to society) that were financially devastating the economy. With the purge (ie the murder of the innocents), crime rates went down and prosperity went up. Generally, the implied targets to purge were poor people in the inner city. When the inventor of the Purge found out what was happening, she was murdered. However, there is one connection we might have missed, the genocide of late term abortions. This is the latest purge. This dynamic fits perfectly within the schema of the Purge series, both TV and movies. Although the movie and the TV series of “The Purge” did not deal specifically with late term abortion, all the trappings and innuendos are there for the public to see.

Most people have never heard of Fabian Socialism, despite the fact this is the guiding doctrine of the Democratic Party and the Deep State. The origin and history of Fabian Socialism is rooted in the Fabian Society is a British socialist organization whose purpose is to advance the principles of democratic socialismvia gradualist and reformist effort in democracies, rather than by revolutionary overthrow.

Liberal documents such as Rules for Radicals follows these edicts on how to undermine and takeover a society. One the society is taken over, the weak and the infirm are targeted for elimination by the State. We have seen such predictive programming dating back to the 1970’s, with the release of the movie Logan’s Run in which everyone over 30 was murdered by the State in order to preserve resources for the majority. Why am I relaying this information here at this time? Because it is important to understand the nature of the regime that humanity is being opposed by. The bottom line of the Fabian Socialist message is that if you do not contribute more than you take from society, then you should be eliminated by the State, and that is precisely what is beginning to happen now.

The Fabian Socialists are rearing their ugly heads in unison and their age-old message is a clear and present danger to all of humanity who do not consider themselves to be a member of the global elite. The coming purge will be the most deadly in human history and will threaten to make the horrific holocaust “a walk in the park”.

…It’s now legal in New York to kill a perfectly healthy newborn child after it exits the mother’s womb, on the day of birth, if the mom and doctor agree the mom doesn’t want it. Abortionists are using sick and twisted methods to kill these day young humans, too, including forcing instruments into the soft spots of their heads, twisting their heads off their necks, or cutting their spinal cords with utility scissors…

…Surely this is just the tip of the iceberg for population control beginning in 2019. AOC (Alexandria Ocasio-Cortez) already declared everyone should think twice (hint-hint) before having children, starting now (all based on the global warming hoax and the threat of the whole world bursting into flames inse of 12 years)…

…Adolf Hitler wanted to exterminate anyone who was a “financial” or “economic burden” on society. Will the DDC pass a law to kill off grandma and grandpa for the same reasons they created and passed the infanticide bill? And what about blacks, Christians, and Jews; it’s more than obvious the Democrats hate them too…

One can see that the financial burden of caring for the helpless is a primary concern and this point cannot be overstated when it comes to Fabian socialism.

Here is a video I made 7 months ago in which I foretold a calamity of mass death in America resulting from the predictive programming of mass death from The Purge.  I did not have to wait very long for this to manifest themselves into reality.

The declaration of depopulation has been made. It just initially came in a different form that most of us were expecting. How many babies are going to be murdered on their first day of life?