This past week (4 March 2019) saw the first anniversary of the incident in Salisbury England where former Russian double agent Sergei Skripal and his daughter Yulia became ill in a public space in the centre of town. Within a very short time (12th March) and before evidence could possibly have been adduced, United Kingdom Prime Minister Theresa May was making a statement in the House of Commons attributing blame to Russia.

The then foreign secretary Boris Johnson had already (6 March) drawn parallels with the Litvinenko death in 2006. On 12 March (before May’s statement) Johnson went further and said that the substance responsible for the Skripal’s illness had been identified as “A234” and that accordingly, in the British assessment “it was highly likely that Russia was responsible for the attack.”

In the succeeding 12 months the British have not deviated from that view. This is despite a wealth of evidence contradicting that assessment, and a multiple of variations of the official story that have emerged. The British have also ignored the manifest impossibilities of many of their arguments, and the emergence of other, far more plausible explanations.

It is not the purpose of this article to document the constantly changing and absurd features of the British argument. That has been comprehensively documented elsewhere, for example in the excellent analyses of Rob Slane on his website.

For a detailed chronology of events presented in a dispassionate manner, the Russian Embassy in the United Kingdom has produced a report: Salisbury: Unanswered Questions.

Another feature is the extraordinary degree of overlap between the scenarios being acted out in Salisbury and London, and many of the personnel involved, and of the activities of an organisation whose existence has only recently been disclosed, the Integrity Initiative and its parent body the Institute for Statecraft. One of the common elements between the personnel is in the formation of the so-called Steele Dossier that sought to discredit US President Trump with a catalogue of scurrilous accusations

It is sufficient in this context to mention only one Pablo Miller, a neighbour and friend of Sergei Skripal and a business associate of Christopher Steele, alleged author of the above-mentioned dossier. Miller and Steele were also Skripal’s handlers when Skripal was betraying his country as a double agent. Skripal was convicted, imprisoned, and subsequently released as part of a spy swap, after which he “retired” to the United Kingdom.

What is especially interesting, is that shortly after the Skripals were hospitalized, the UK government issued a “D” Notice, the effect of which was to prevent the publication of Miller’s name in the UK media. There has never been a convincing explanation for this censorship.

Neither has Miller’s name appeared in the Australian media and in particular with any reference to his involvement with Skripal, either in Russia or the UK. That is only part of the utter failure of the mainstream media to ask even the most basic and obvious questions about this case. Instead there has been a charade of either repeating the UK government view, disinformation at best, or producing a series of bizarre stories that are grounded in nothing more than the febrile imaginations of various journalists.

There are two aspects of the case that I wish to briefly focus upon. Again, there has been almost no coverage of these points in the mainstream media.

The first point is the question of international law. The Skripal case provides a perfect illustration of the disjunction between the professed adherence to the “rule of law” or “rules based international order” repeated ad nauseam by the UK and its western allies including Australia, and the actual behaviour of those countries when it suits their national interest to ignore legal obligations.

The latest example of the UK doing exactly that was its announced intention to ignore the International Court of Justice ruling over its shameful maltreatment of the Chagos Islanders.

The relevant international law in the Skripal case is first and foremost the obligations of State parties under the 1963 Convention on Consular Relations. Article 36 of that Convention (to which both Russia and the United Kingdom are parties) provides that consular officials “shall be free to communicate with nationals of the sending State.”

A later Convention, the USSR-UK Consular Convention of 1965 provides for similar rights, and Article 30 of that Convention defines a “national” as any person the “sending State recognises as its national”. That includes Ms Skripal, a Russian national, and Mr Skripal who has joint British and Russian nationality.

The British have refused consular access to the Skripals. This blatant breach of international law is apparently not worthy of mention in the western mainstream media.

A similar rebuff was given to Russian officials who sought information about the attack upon the Skripals under the terms of the 1959 European Convention on Mutual Assistance in Criminal Matters.

Russia’s repeated requests under this Convention were denied, with the UK Home Office advising the Russian authorities that the decision to not cooperate “was taken at the highest political level.”

As Russian Foreign Minister Lavrov commented, “the gist of the British rhetoric is that they are not obliged to prove anything to anyone.” A perusal of the British government statements in the past 12 months abundantly confirms the accuracy of Mr Lavrov’s statement.

The decision has obviously been made “at the highest political level” and following the Integrity Initiative script that more mileage in the propaganda war can be made by non-cooperation. In this they have the willing complicity of the western mainstream media.

The second point relates to the evident kidnapping of Sergei and Yulia Skripal. With the exception of a scripted appearance by Yulia, they have not been publicly seen or heard from since the release from Salisbury Hospital 11 months ago.

There is no legal justification for them being so confined. Yulia in particular has expressed a wish to return to Russia and has obviously nothing to fear from doing so.

If they could give a public account of what happened, many of the unanswered questions could be clarified. If, as seems overwhelmingly likely, they were disabled with fentanyl in the Salisbury public centre, (with the most senior British Army nurse, Colonel McCourt just happening to be nearby with her equally convenient expertise in biological warfare) it would explain not only their symptoms but more importantly, their survival.

The overwhelming scientific evidence says if they were in fact the subject of an A234 nerve agent attack, they would have been dead within minutes, let alone surviving multiple hours from the absurd proposition of smeared door handles. (See Slane op cit for a definitive rebuttal of this and the other absurdities). 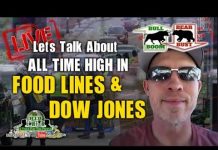