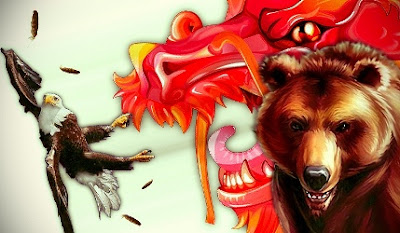 On March 26, the Deputy Chairman for Russia’s Gazprom energy company announced that they are ready to begin settling oil sale account in currencies other than the dollar, making them one of the first primary oil company (outside of sovereign determination) to sell their products in a currency other than the dollar.

Energy giant Gazprom could become the first Russian company to exclude the US dollar from its foreign trade operations. It aims to switch to Russian rubles and other national currencies in payments for energy supplies. Gazprom’s Deputy Chairman Andrey Kruglov told reporters that one of the world’s largest gas companies is already settling contracts in national currencies, namely in rubles and yuan, when supplies are exported to China. – Russia Today

While there have been other oil producers (such as Iran and Iraq) that have switched to selling energy outside the Petrodollar, Gazprom would be the first major oil companies to do so.

Once Gazprom commences energy trading outside the dollar, it could very quickly begin a domino affect across the rest of the world (including OPEC) since Russia for all intent and purposes now controls the long-standing cartel via their inclusion into the OPEC +1 coalition last year.