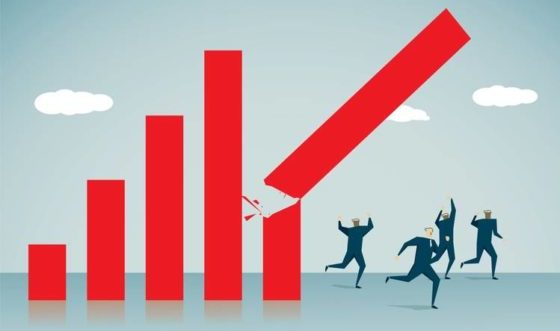 The Dow Jones Industrial Average took a beating last week, but the carnage on Friday came as new economic numbers from China show what could be an upcoming recession. The United States stock market suffered it’s fifth straight day of losses.

According to Yahoo Finance, as of 8:48 am ET on Friday, Dow Jones Industrial Average Futures had fallen by 203 points or 0.8%. S&P 500 futures lost 0.8%, and Nasdaq futures dropped by 1%. Dow Futures lost more than 100 points on Friday morning, giving the index its fifth straight daily loss.  This was on the heels of one the worst days for Chinese stocks in recent history.

The Shanghai Composite Index (SSE), which is typically fairly strong,  plummeted by 4.4% during the week’s final trading session, causing the index to crash below the crucial 3,000 level it had only recently achieved. Altogether, the SSE Composite lost a whopping $345 billion. The current stock market rally is in the midst of its first real pullback with the Dow Jones, S&P 500 index and Nasdaq composite falling every day last week, reported Investors.

Boeing stock is plunging after a second Boeing 737 Max suffered a deadly crash, spurring China and Indonesia to ground all 737 Max jets. And Boeing’s shares are expected to plunge further, about 9% Monday morning, wiping out more than $20 billion of market value.

Business Insider reported that insiders have not learned anything. They are making the same mistakes as they did before the last two crashes, and a lot of things are looking eerily similar to pre-recession or depression era data.  “The next couple of years are likely to include several breathtaking waterfall declines, and several more ‘fast, furious, prone-to-failure’ clearing rallies,” says John Hussman, the former economics professor and current president of the Hussman Investment Trust.

Another indicator of an upcoming recession is that economists are having a really difficult time predicting the “jobs numbers.” A bizarre series of events has caused economic forecasters to be the most inaccurate in more than two and a half years in their jobs report predictions.

Other stock market issues come from the retail apocalypse.  There are massive and numerous store closures coming down the pipes for 2019. Although Tesla has said they will be jacking up their prices 3% to compensate for the company’s lost profits. The company also said last month it plans to shift all of its sales to online and close most of its stores as a result. It said a small number of Tesla stores will remain open as “galleries, showcases and Tesla information centers,” where customers can learn about the company’s products and buy Tesla merchandise. 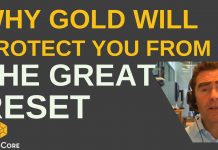