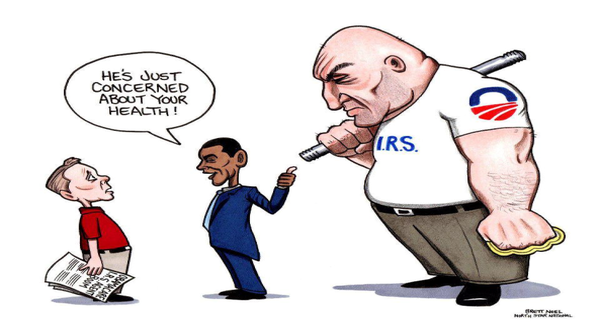 During President Donald Trump’s 2-hour speech at CPAC on Saturday that Nick Gillespie over at Reason wrote a story about titled “Trump Just Might Have Won The 2020 Election Today“, Trump sent out a signal flare by calling out the year 1913 as the year that everything began to change for America as heard in the 1st video at the bottom of this story.

As Gillespie reported, POTUS bedazzled the crowd with a mix of humor, BS, bravado and a positive vision for America that Gillespie claims no Democrat will be able to match and while we’ve also embedded the full speech as the 2nd video at the bottom of the story in case you haven’t yet seen it, the ‘1913‘ remark shows that POTUS knows the importance of that year in US history.

While POTUS specifically references ‘tariffs‘, as this Wikipedia entry for the Revenue Act of 1913 points out, that 1913 Act lowered tariff rates from 40% to 25%, effectively ending tariffs as the chief source of income for the United States government, only for it to be replaced by the ‘federal income tax‘. And as those paying attention know, the Federal Reserve Bank was also born that year.

As this 2015 story titled “1913: The Era Of Tyranny” perfectly points out, 1913 was the year that tyranny was officially born in America with the 16th Amendment to the US Constitution allowing the federal govt to directly tax the people. And as their story points out, taxation of a person’s labor is enslavement in all but name only. The excerpt below is from their story with much more below including an extensive look at the “Century of Enslavement” that the creation of the FED and federal income tax launched in America.:

The Federal Reserve was also born that year allowing the Federal Government to issue “fiat money.” Money that is valued only so long as confidence can be fabricated and maintained by the Federal Government. The Fed can print money to it’s heart’s content devaluing our currency ever so slowly in the process. This is theft by devaluation. One dollar today is not the same as one dollar a mere ten years ago. Stealth wealth redistribution.

The Federal Reserve is made possible only because of the tax base which is the Citizenry of the United States of America.

We are accounts upon which the Federal Government of the United States can perpetually draw upon for any and every misadventure and insane scheme that the Banks, controlling US Corporations and the Fed can fantasize about in their greedy, beady eyed little heads.

Imperial America was born in 1913 made possible by the creation of the Federal Reserve and a permanent funding source that is US, the United States Citizen.

These acts removed any checks that the individual and sovereign States held over the Federal Government paving the way for the Centralized and all too powerful Federal Government that we have today wherein the Executive can take the Nation to war on whims, lies and propaganda and truth be damned.

The Federal Government is now Supreme and all powerful. What it cannot overcome via coercion and threats of violence, it can overcome with pork via the confiscations of the Income Tax and the tyrannical Internal Revenue Service.

Americans are now wholly owned subsidiaries of the Federal Government of the United States of America. We are slaves in all but name.

Try not paying your Federal Income Taxes and see how free you are.

The monies that are collected via the income tax make possible every evil that has been enacted by the Federal Government since 1913.

According to this August 13th of 2013 story at Freeman Perspective titled “The Blow That Killed America 100 Years Ago“, America had taken our fatal blow over 100 years ago, we just haven’t hit the ground yet. Warning that it’s a slow process but actually fast compared to the Romans who took several centuries to fully collapse, we had reported Saturday on ANP that the collapse of Western civilization was nearly assured until the arrival of President Trump and the nationalist/populist movements of Western Europe. But are they too late? From this Freeman Perspective story.:

“There is a lot of ruin in a nation,” wrote Adam Smith. His point was that it takes a long time for nations to fall, even when they’re dead on their feet. And he was certainly right.

The confusing thing about our current situation is that America – and by that I mean the noble America that so many of us grew up believing was real – has long been poisoned. Its liver, kidneys, and spleen have all stopped functioning. Its heart beats slowly and irregularly. But it still stands on its feet and presents itself as alive to all those who would let their eyes fool them.

For all the problems America had prior to 1913 (including the unnecessary and horrifying Civil War), nothing spelled the death of the nation like the horrors of 1913. Here are the key dates:

February 3rd: The 16th Amendment to the United States Constitution was ratified, authorizing the Federal government to impose income taxes on individuals. An amendment to a tariff act in 1894 had attempted to do this, but since it was clearly unconstitutional, the Supreme Court struck it down.

As a result – and mostly under the banner of bleeding the rich – the 16th amendment was promoted and passed. As a result, the Revenue Act of 1913 was signed into law by President Woodrow Wilson in October. Income taxes began in 1914, with the government swearing (as in, “only a crazy person would say otherwise!”) that the rate would never, ever go higher than one or two percent.

April 8th: The 17th Amendment to the United States Constitution was ratified, taking the powers of the states and transferring them to Washington, by mandating the popular election of senators. Previously, senators were appointed by state legislatures, restraining the power of the national government. This change gave political parties immediate and massive power, nearly all of which was consolidated in the city of Washington.

December 23rd: Woodrow Wilson signs the Federal Reserve Act, which had passed Congress just the previous day. This system – called the Aldrich Plan, and promoted by Senator Nelson Aldrich of Rhode Island – gave a monopoly on the creation of dollars to a consortium of large banks. The Act was passed, by the way, in the name of financial stability.

Their story then took a look at how all three of these 1913 laws combined began the death spiral of America, a death spiral that their story warns has been going on for over 100 years now. From the Freeman Perspective.: