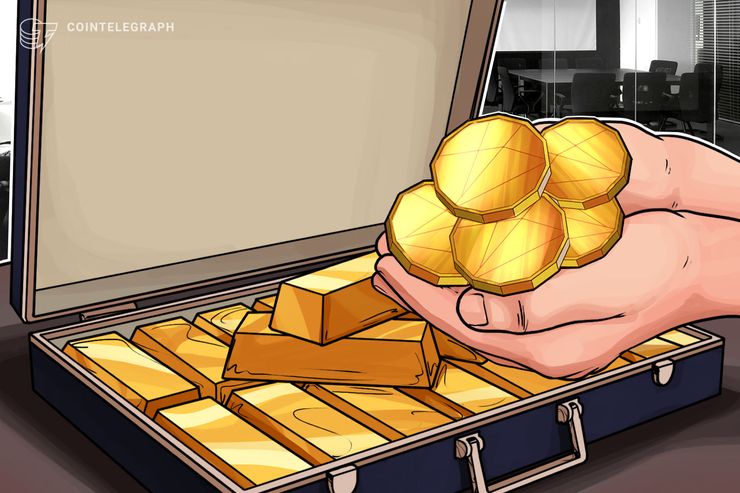 During the interview, Cascarilla was asked whether Paxos is working on a gold-backed coin, wherein he replied that “it is something we will see definitely this year.” “We are excited about the concept of being able to take a commodity, and I think precious metals are really obvious ones, and gold is probably the most obvious and being able to tokenize it,” Cascarilla added.

In order to implement the concept, Paxos has to ensure it holds the amount of inventory “in the real world” equal to the one registered on blockchain. Cascarilla explained:

“In order to put something in a blockchain, you have to make sure you have the right amount of inventory in the real world versus what is in the blockchain. How you do with a gold token is how much gold do you have in a vault equals how many gold tokens outstanding.”

Cascarilla said that the firm’s status as a financial institution allows the firm to utilize the banking system to ensure that they hold backing assets “in the real world” that correspond to the number of assets on a blockchain. While the company is planning to launch its precious metal-backed coin this year, Cascarilla said that Paxos has not set the exact date yet.

Speaking about Paxos Standard (PAX) — the firm’s Ethereum (ETH)-based stablecoin backed 1:1 by the U.S. dollar and launched last September — Cascarilla stated that it differs from other stablecoins in that it is fully audited, highly regulated and approved by the New York State Department of Financial Services (NYDFS), and relatively liquid.

Initially founded in 2012 as Bitcoin (BTC) exchange itBit, the startup later rebranded as blockchain-focused firm Paxos. Paxos holds a trust company charter in the state of New York, which gives it some of the same privileges as a bank, including the ability to take custody of mainstream financial assets. Last May, Paxos reportedly raised $65 million from investors to bolster its operations.