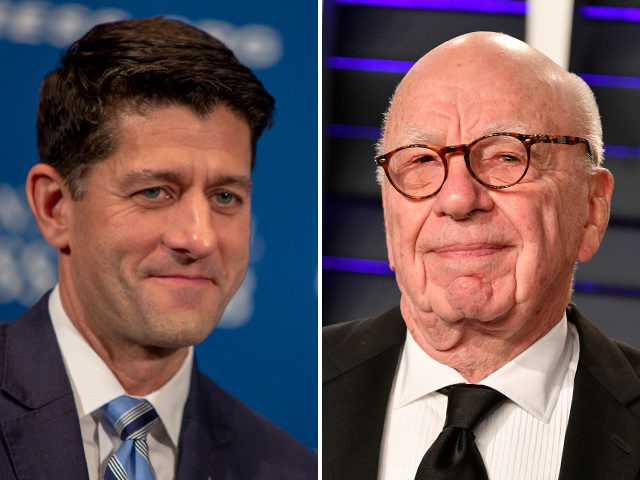 Ryan and Formula One Group executive chairman Chase Carey will join Rupert Murdoch, Lachlan Murdoch, and Jacques Nasser as members of the powerful board. Aragon CEO Anne Dias and Hernandez Media Ventures chief Roland A. Hernandez have also been added.

“We are thrilled to welcome our new colleagues to the FOX board. We look forward to working with and being guided by them as we begin a new chapter, steadfastly committed to providing the best in news, sports and entertainment programming,” Lachlan Murdoch said in a statement.

The additions to the board came as Fox separated Tuesday from the corporation’s entertainment assets that Disney is expected to take over at midnight Wednesday.

Further, according to The Hollywood Reporter, Fox’s board approved the adoption of a stockholder rights agreement, also refered to as a “poison pill,” which is scheduled to expire after the next annual stockholders meeting and take effect “if a person or group obtains beneficial ownership of 15 percent or more of the Class B common stock outstanding, or 15 percent or more of the common stock outstanding.”

Will the Presidential Election Bring Chaos and an Irredeemably Torn American Political Fabric?

Ep. 1380 The Interview That Should Change Everything – The Dan Bongino Show®

Biden Is Running a Protection Racket