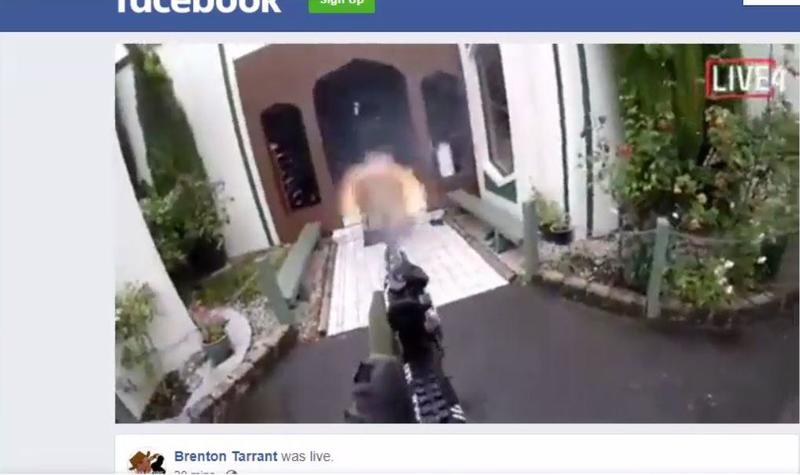 Terrorist Brenton Tarrant used Facebook Live to broadcast the first 17 minutes of his attack on the Al Noor Mosque in Christchurch, New Zealand at approximately 1:40 p.m. on Friday – the first of two mosque attacks which left 50 dead and 50 injured.

Copies of Tarrant’s livestream, along with his lengthy manifesto, began to rapidly circulate on various file hosting sites following the attack, which as we noted Friday – were quickly scrubbed from mainstream platforms such as Facebook, YouTube, Twitter and Scribd. YouTube has gone so far as to intentionally disable search filters so that people cannot find Christchurch shooting materials – including footage of suspected multiple shooters as well as the arrest of Tarrant and other suspects.

On Saturday, journalist Nick Monroe reported that New Zealand police have warned citizens that they face imprisonment for distributing the video, while popular New Zealand Facebook group Wellington Live notes that “NZ police would like to remind the public that it is an offence to share an objectional publication which includes the horrific video from yesterday’s attack. If you see this video, report it immediately. Do not download it. Do not share it. If you are found to have a copy of the video or to have shared it, you face fines & potential imprisonment.”

🚨New Zealanders threatened with 10 YEARS IN JAIL if they have the shooting video. 🚨

“Anybody found “knowingly” in possession of objectionable material can receive a maximum of 10 years imprisonment.”

14 YEARS IN JAIL if you are a “dealer” of the video https://t.co/ZIlKtsUaKt pic.twitter.com/Jus4VLUvZB

We would also like to remind the public that it is an offence to distribute an objectionable publication and that is punishable by imprisonment.

Once again I want to reassure the public that a large Police presence remains in the city for the time being.

Along with the censorship of online materials and investigation of content sharing platforms such as BitChute and 8chan – where the shooter posted a link to the livestream of his attack, social discussion service Dissenter has been blocked in New Zealand. Created by the people behind Twitter competitor Gab.ai – Dissenter is a browser extension which pops up a third-party comments section for any website where people can discuss content outside of the control of the website owner.

Factors Other Than Polling Give Trump Significant Edge