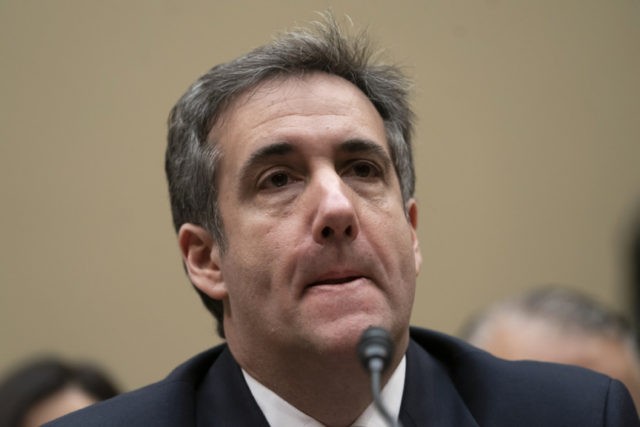 “While testifying under oath, Mr. Cohen made what appear to be numerous willfully and intentionally false statements of material fact contradicted by the record established by the Justice Department in United States v. Cohen,” Meadows and Jordan wrote to Attorney General William Barr on Thursday.

“There are other instances in which Mr. Cohen’s statements to the Committee were immediately contradicted by witnesses with firsthand knowledge of the subject matter,” the Republicans added.

Meadows and Jordan accused Cohen of denying committing several “fraudulent acts” that he pleaded guilty in federal court for. Specifically, the former Trump lawyer told the panel that he had “never defrauded any bank,” despite pleading guilty to nine charges, including five counts of income tax evasion, one count of making false statements to a banking institution, the House investigators noted.

The House Republicans contended that Cohen’s “culpability” for bank fraud “materially affects the Committee’s assessment of his credibility.”

Further, Meadows and Jordan accused Cohen of making false statements during his repeated denial of seeking a job in the Trump White House following his former boss’s election as president in 2016. Citing court filings by the U.S. Attorney’s Office for the SDNY, the letter states: “During and after the campaign, Cohen privately told friends and colleagues, including in seized text messages, that he expected to be given a prominent role and title in the new administration. When that did not materialize, Cohen found a way to monetize his relationship with and access to the President.”

In an exchange with Rep. Chip Roy (R-TX), Cohen called the “characterization” about his ambitions to work in the White House “not accurate,” the letter reads.