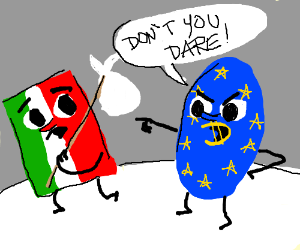 In a move that is sure to cause both consternation and apoplexy within both Brussels and Washington, Italy has officially announced they intend to join China’s global Belt and Road project.

The Belt and Road initiative, or also known as the Silk Road 2.0, is a global trade route being built between South Korea and the UK, and would expand trade potential between Europe, Eurasia, and the Far East several fold.

Italy is planning to formally back China’s multi-trillion-dollar Belt and Road Initiative (BRI). It would become the first G7 nation to join the ambitious project which promises to significantly boost global trade. Rome is preparing to sign a memorandum of understanding to officially support the project, championed by Chinese President Xi Jinping, by the end of March, according to Michele Geraci, undersecretary in Italy’s Ministry of Economic Development as quoted by FT. “We want to make sure that ‘Made in Italy’ products can have more success in terms of export volume to China, which is the fastest-growing market in the world.” – Russia Today

With both France and Germany seeking to integrate ALL European budgets and economies under the EU banner, one wonders how long Italy may even stay within the Union if Brussels attempts to put pressure on their signing this trade agreement which will be outside the authority of the EU.