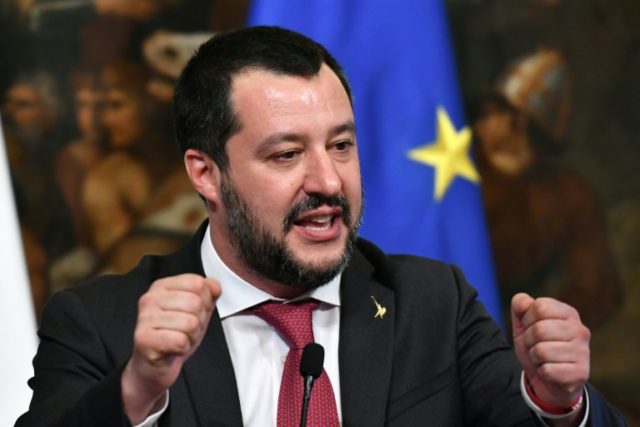 Italian leaders are eyeing a Stand Your Ground-style law that would offer protections for Italians who perceive a threat and kill someone in their home.

CBS News reports that Deputy Prime Minister Matteo Salvini’s party is seeking passage of a “Legitimate Defense” bill. The bill is designed to “decrease penalties” for those who use firearms for self-defense in their homes.

DW reports the bill makes clear that defense in one’s home “is always legitimate.” They noted that Salvini campaigned on the law in 2015 by saying, “If you enter my house on foot, know you could be leaving lying down.” Salvini suggested would-be intruders “stay at home, go to work, that way you don’t risk anything.”

Italy has witnessed a 50 percent jump in the number of “sporting gun licenses” issued in the years since 2014. Those licenses are commonly used for acquisition of guns that can be used at the home.

The Legitimate Defense bill has been approved by Italy’s House and heads to their Senate near the end of this month.