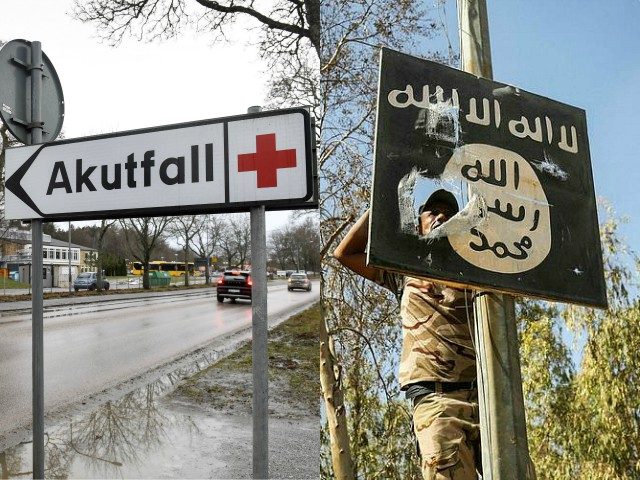 Islamic State fighter Khaled Shahadeh is said to have not only returned to Sweden from the Middle East for medical treatment, but was able to return to the battlefield afterwards.

The 28-year-old is one regarded as a particular threat to Sweden should he return to the Scandinavian country yet again, Expressen reports.

Shahadeh went to fight for the Islamic State in Syria, but the ISIS fighter returned to Sweden after being injured in the shoulder during a battle, according to his father.

After coming back to Sweden, Shahadeh’s injury was treated by Swedish medical professionals — after which he once again departed the country and headed back to Islamic State controlled territory to fight for the terror group.

Thomas Lindén, Chairman of the Medical Association’s Ethics and Responsibility Council, defended the medical treatment given to the Islamic State radical, saying: “We provide care to the poor and the rich, we provide care to murderers who are in prison.”

“If it is so that you should punish people then other bodies in society may do so. Health care should not be part of the punishment apparatus,” he claimed.

Hungarian Govt: ISIS Jihadists Returning to EU ‘By the Hundreds’, ‘This Must Be Stopped’ https://t.co/zPk6zEZI6s

Sweden, like many other countries in Europe, is currently facing the possibility of Islamic State members returning to the country now Western- and Russian-backed forces in the region have largely destroyed the group’s physical caliphate.