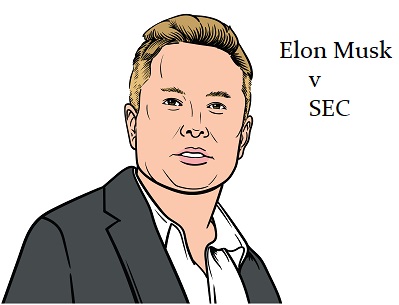 The biggest potential scandal that would take place is the consistent cover-up of the way New York courts have been used to strip any competitor in the financial industry outside of New York so whatever business they created is usurped by New York. The Michael Milkin of Drexel Burnham scandal of insider trading resulted in the destruction of one of the oldest brokerage houses in the nation that was based in Philadelphia which use to be the financial capital of the United States until J.P. Morgan moved it to New York City at the start of the 20th century.

They destroyed the biggest futures broker REFCO which was located in Chicago. It had been Chicago where futures really began for that was the marketplace of commodities. REFCO was charged in New York courts and destroyed. The business was largely absorbed by M.F. Global which went bust and was protected because it was New York. The head of MF Global was former Goldman Sachs who was never prosecuted for his illegal trading. If you are from outside New York, you go to prison and the company is always absorbed by New York. If you are from New York, you walk away like Corzine did untouched. He only paid a fine of $5 million when clients lost hundreds of millions. 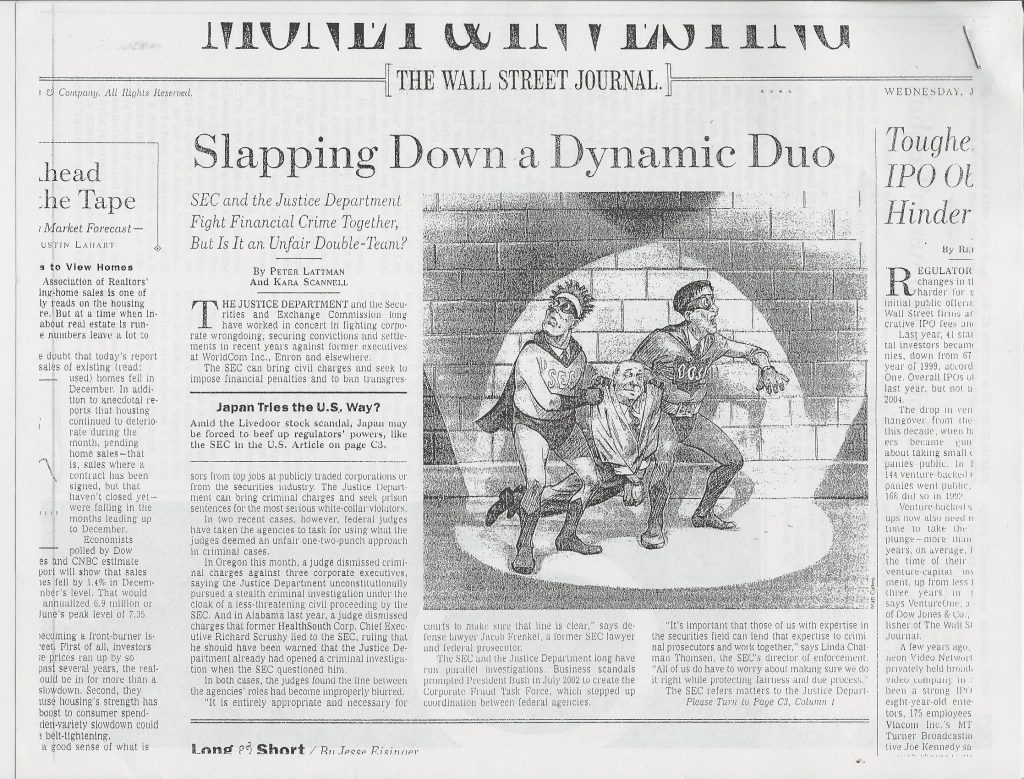 Then there was Frank Quattrone of First Boston was an American technology investment banker who started technology sector franchises. He helped bring dozens of technology companies public during the 1990s tech boom, including Netscape, Cisco, and Amazon.com. He too was hauled to New York and charged criminally for a single email that simply read “clean up your files” which New York used as obstruction of justice. The Department of Justice (DOJ) routinely uses the SEC and CFTC to create multiple prosecutions simultaneously using the different rules between Civil and Criminal procedure to make sure nobody wins.

Yet the corruption runs really deep and since it involves the government itself, there is NOBODY who will even investigate. The DOJ, SEC, and CFTC will prosecute anyone they can get their hands on whose business competes with New York or the New York bankers want for themselves. This is why there are only prosecutions of anyone other than a New York banker for they are simply off limits. Oh yes, there was Madoff. But he walked on water until everything failed. The SEC was told many times about his scheme and did nothing because he was a New Yorker. Why? A New York lawyer laughed and said simply that the policy in New York is: “You don’t shit where you eat!” The NY boys effectively bribe government prosecutors by offering them big paying jobs. Anyone else in the private sector has to sign non-competitive agreements. But when it comes to prosecutors, the bankers simply hire the people who would prosecute them so they will walk on water.

The government lawyers are more interested in protecting the main players to get one of those special jobs from the NY boys as a reward for their protection. Many articles have appeared about the “revolving door” at the SEC. The WSJ, Huffington Post, CNBC, all have reported that this “revolving door” prevents enforcement. Firms routinely hire from the SEC and CFTC and that makes them mindful that you cannot bring a case against the big houses or your career is toast. No law firm will hire someone who has prosecuted a major client. This is just how the regulators are kept in check. Back in 2010, they claimed to be investigating this “revolving door”  but of course nothing has ever taken place since 2010. These people can destroy the entire world economy with their shenanigans and there is nobody who will ever investigate. This is why no New York banker ever goes to jail.

Jay Clayton was nominated to chair the U.S. Securities and Exchange Commission on January 20, 2017, by President Donald Trump and sworn in on May 4, 2017. Since joining the Commission, Chairman Clayton has focused he claims on the long-term interests of America’s retail investors while protecting his former clients as always. Clayton came from the law firm who represents the New York Bankers – Sullivan & Cromwell. He joined that firm back in 1995 rising to a partner 2001. At Sullivan & Cromwell, he became a member of the firm’s management committee. He advised numerous companies regarding issues related to the SEC, Federal Reserve, Department of Justice, and other agencies including the New York banks. He brought with him Alan Cohen of Goldman Sachs who was in charge of global compliance. In that role, Cohen would have had the final say on the approval of Malaysia, and Greek deals to just mention a few.

There appears to be an all-out assault against Elon Musk that is spreading between agencies. I have written about the SEC who is demanding Musk be removed as a director of Tesla. They did not seek such sanctions EVER against any of the bankers who really did screw up the entire world or caused the global meltdown in 2007. When the five NY banks were finally charged criminally, no individuals were put in jail and the SEC then exempted them from losing their license. Anyone outside of New York is ground into the dust.

WHAT IS GRAPHENE OXIDE? BY DAVID ICKE