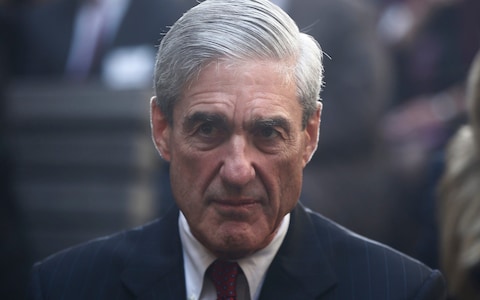 I have more or less ignored this story since 2016, realizing it was total bullshit. I’ll comment now to make a point—the attempted soft coup against Trump demonstrates all presidents, at least from Woodrow Wilson onward, were in the hip pocket of the financial elite and its corporatocracy.

The ferocity of hatred and the mad dash to undermine the duly elected president of the United States shows us what they will do short of assassination to get rid of somebody who’s not a neoliberal team player.

Mueller’s investigation, which cost the American taxpayers millions, will not result in Al Capone prosecutions and convictions. I say “Al Capone” because the infamous mobster was convicted of tax evasion, not murder. This is what happened to Trump’s cronies—they were prosecuted on unrelated misdeeds. Mueller says there will be no more indictments and prosecutions.

This resulted in the cancellation of Rachel Maddow’s fishing trip and prompted her return to the studio where she performed a bit of theatrical weeping for what is a collective immiseration. Democrats far and wide will now seek psychiatric help. However, no number of pills will allow them to accept the truth—Trump didn’t do the things alleged in the fictional Steele Report. It was made up. It was an outrageous fiction. And idiot Democrats, deep within their visceral hate of all things Republican, shall remain in hermetically sealed denial, insisting Trump must be guilty of having prostitutes pee in a hotel bed where Obama and Michelle slept.

Nancy Pelosi said she no longer gives two fiddlesticks about impeachment. She said this because there is nothing amounting to high crimes and misdemeanors to pin on this “ass clown” president. The Dems are left with nothing short of an egg to suck. Lord forbid—due to all the bald-faced idiocy (and journalistic laziness), Trump may even be reelected!

But here’s the cherry atop this pile of lies—the corporate propaganda media will be taken down a few more pegs (although I am not sure there are any pegs left). The vacuity at the center of the Mueller investigation is not on par with the WMD lies that resulted in the premeditated murder of 1.5 million or so Iraqis. It does, however, deserve an honorable (or dishonorable) mention as one of the more outrageous lies told by government.