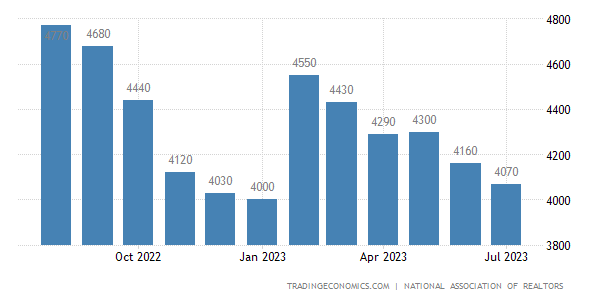 When the Federal Reserve chose to create a Housing Bubble in the first decade of the 21st century following the wasteland it created from the Dot Come bubble, it would eventually lead to one of the largest financial crises in our nation’s history.  And despite the fact that the central bank failed to learn their lesson in propping up a particular asset class (housing) and instead went all in by propping up the Everything Bubble, the end result appears to be the same as Housing Bubble 2.0 has reached its pinnacle.

Home price declines in all major cities and regions:

Accelerating price declines are normally the final measure in determining whether a market has reached a peak, and is on its way downward.  And despite the fact that today’s existing home sales saw a pop, the previous 10 months had all been in decline meaning that the trend has been set for U.S. housing.