by Dominic Frisby, via GoldCore: 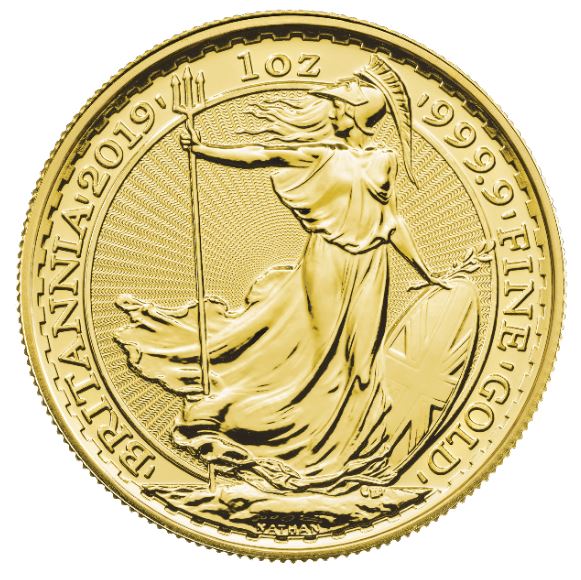 Gold has been quietly (by its standards) creeping up.

But now the bulls are coming out of the woodwork.

Is it time to offload? Is this another false dawn or has this run got legs? These are the questions we ask in today’s Money Morning.

I want to start with a chart of gold showing, simply, how much resistance there is in the $1,360-90 area. 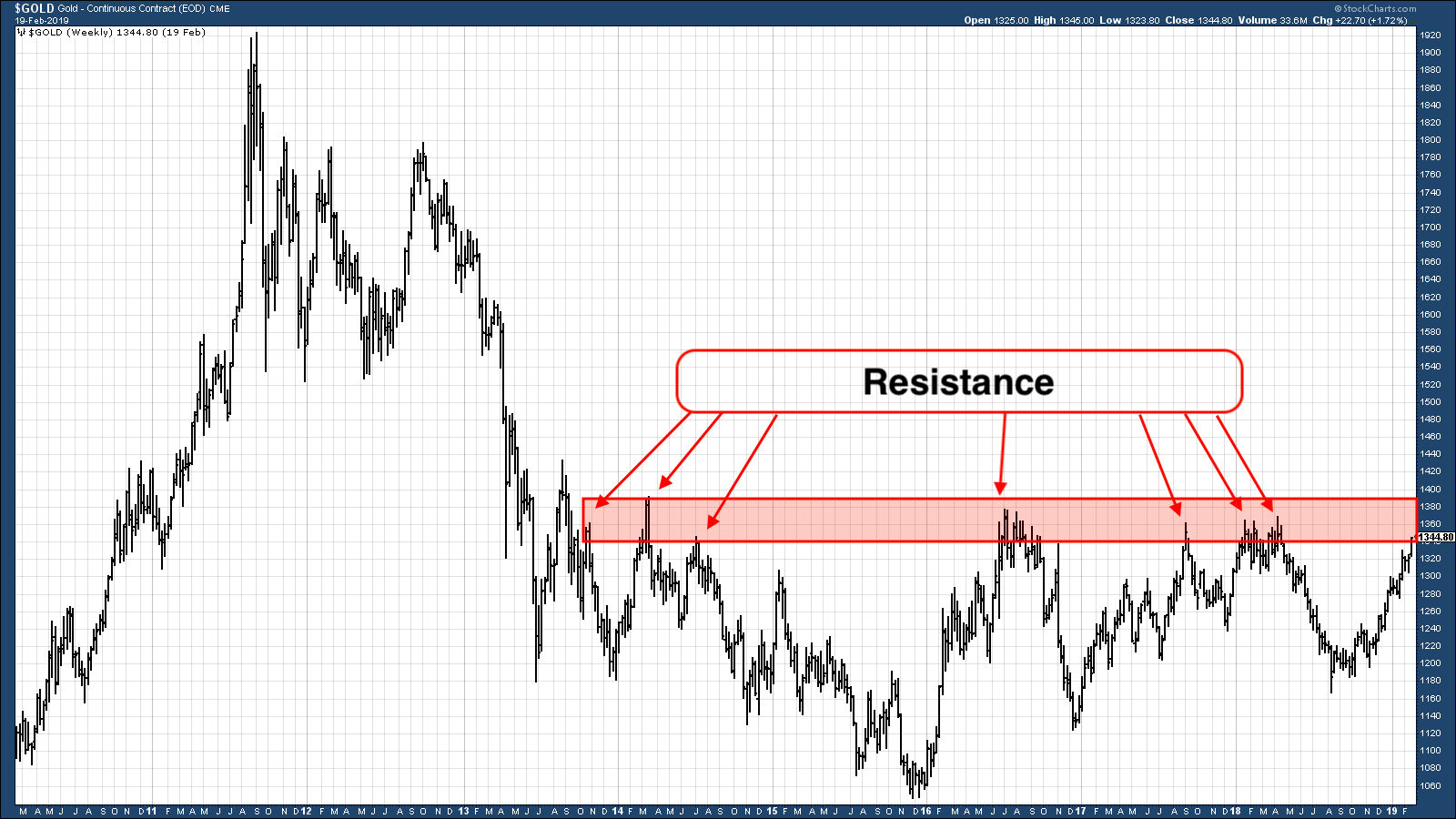 Since mid-2014, the $1,360-£1,390 area, where I have drawn the red band below, has been resistance. Gold has got up there some seven times or more over the period (see the red arrows), but each time it has failed to push through. The $1,360 area, specifically, has been especially resistant.

So I will start by saying this: if gold can get through $1,360 – and it looks like we are closing in on that level – and up above $1,400, that will be a major psychological barrier broken. The action of the last five years would suggest that it probably won’t, at least not at first, but who knows – maybe this time it’s different.

Gold has traced out a huge, multi-year inverted head-and-shoulders pattern, if you attach any importance to that kind of thing.

I had lunch yesterday with my old pal, and long-time silver bug, Ned Naylor-Leyland, who now runs the Merian Gold and Silver Fund which has more than $300m under management.

Ned always talks up silver, but yesterday he was more excited about precious metals than I have heard him in a long time.

I kept arguing with him. “This is another false dawn”, I said (playing devil’s advocate). “Come on Ned, we’ve been here before.” Whereas once he might accept my cynicism towards pro-gold narratives, this time he just wasn’t having it.

“The forward guidance by the Fed with respect to rate hikes, normalisation and the unwinding of the central bank’s balance sheet – it’s changed. The constant hawkish promise gave us seven years of biblical famine for gold.

“But now this new neutral or dovish stance is a genuine shift in momentum, and it will stay in place for some time. It is almost inconceivable that the Fed could go back hawkish again any time soon after such a clear about turn in December and January. This gives precious metals clear water to trade higher again on a secular basis.”

That word “secular” always catches my attention. It’s fund-manager-speak for this thing has legs.

Fund manager (and occasional Moneyweek contributor) Charlie Morris, another guy who gets gold, (but is no perma bull), also keeps getting in touch. “I’m bullish on gold”, he keeps saying. “First time in ages. And I want everybody to know. The macro’s right…

For me though, the sea change is the reports of extraordinarily high gold demand from central banks. I don’t think central banks are what you would call “smart money”, but that they are buying is telling: it is a recognition that gold has a role as money.

The extremely powerful narrative that gold, not the US dollar, is the international reserve currency could be starting starting to emerge again. The World Gold Council notes that central banks added 651.5 tonnes to official gold reserves last year, the highest yearly total of central bank purchases since 1971, when the US came off the gold standard. And the second-highest yearly total on record.