by Jason Hopkins, The Daily Caller: 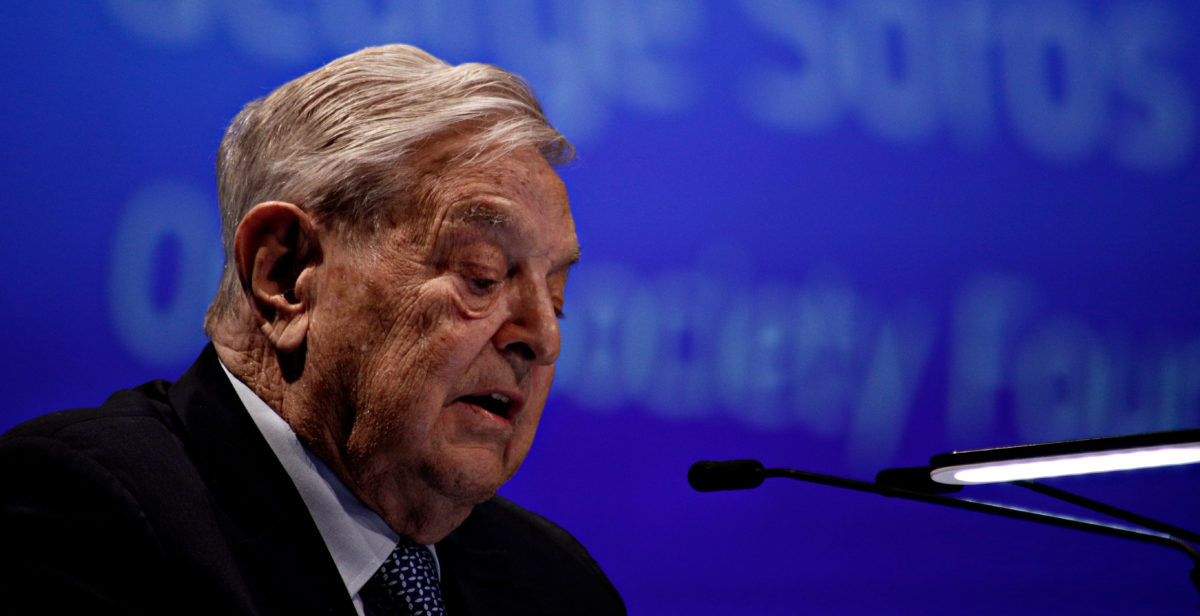 Money tied to George Soros, a liberal billionaire who uses his wealth to support a number of Democratic and progressive causes, funded the creation of a database that singles out business investment in Israel.

The EIRIS Foundation, a charity organization that focuses on investment research, received donations totaling nearly $300,000 from Soros’ Open Society Foundations to build a “Business in Occupied Lands” database, according to financial reports from the U.K. Charity Commission between 2015 to 2017.

The database is advertised as a way to help companies practice better corporate social responsibility, i.e., ethical business investing. However, the information from the database only focuses on two areas: Crimea and Israel, which the EIRIS Foundation simply refers to as “Palestine.” Despite claiming the Business in Occupied Lands project to be an “objective” collection of information on corporate operations in Israel, the EIRIS Foundation frames the region as “illegally administered.”

While a growing number of companies across the world are implementing corporate social responsibility into their business practices in an effort to promote justice, experts point out that more partisan-driven actors have weaponized corporate social responsibility to reach political goals. Namely, it has been used to boost the BDS movement, a global campaign that seeks the “Boycott, Divestment and Sanctions” of Israel and Israeli-linked businesses.

“In addition to being promoted by groups affiliated with the BDS movement, elements of the Foreign Boycott Campaign have recently been adopted by [corporate social responsibility] advisors and companies that employ CSR programs. As a result, the Foreign Boycott Campaign represents the intersection of several strains of discrimination with CSR,” Marc Greedorfer writes in an upcoming law review article.

Greendorfer is an attorney and founder of Zachary Legal Institute, a think tank and advocacy organization that is committed to fighting against anti-Israel movements within the U.S. The institute specializes in research into BDS and other anti-Semitic activities in the commercial sector.

The EIRIS Foundation provides “free and objective information on ethical finance and corporate activity,” according to its website. It bills itself as a charity organization meant to help businesses with “responsible” business and investing, business practices that are considered more ethical and promote social justice. The London-based organization depends on donations to fund its activities, and it explicitly acknowledges the “generous support” from the Open Society Foundations as having made the Crimea-Israel project possible.

Greendorfer and other EIRIS Foundation critics point out that its database is an example of the double standard placed on Israel and not on other governments.