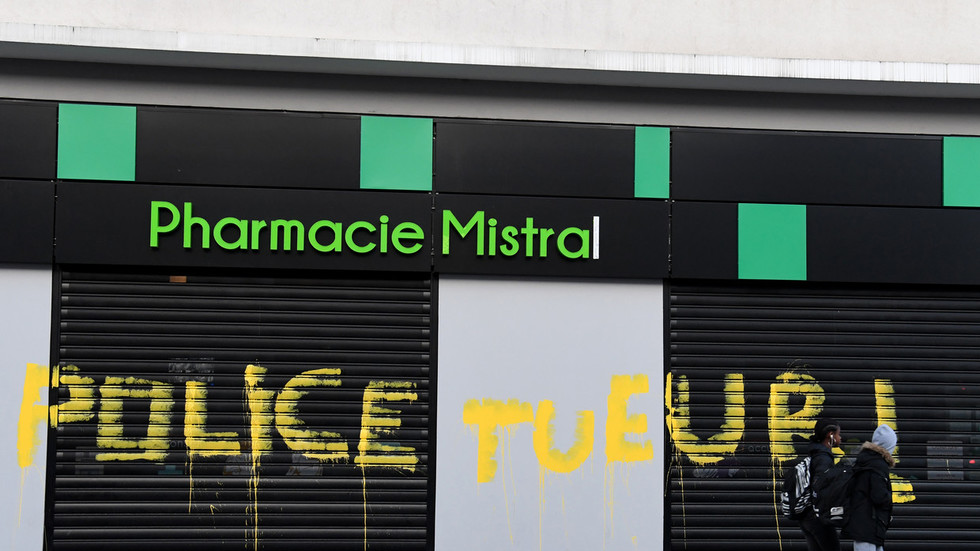 A third consecutive night of rioting broke out in the French city of Grenoble on Monday after two teenagers were killed while they were being chased by police.

The two young men, aged 17 and 19, were not wearing helmets when they were crushed between a coach and a wall on a bridge as they fled the police on a stolen scooter on Saturday evening.

Rioting youths in the Mistral district of the city – where the victims lived – were filmed hurling fireworks and petrol bombs at police on Monday night, while as many as 65 vehicles were also reportedly torched.

Video footage from the scene shows police attempting to thwart the riot from behind the barricade that the youths had erected by launching canisters of tear gas. Hundreds of fireworks rang out among the skyrise apartment buildings in the city, and balls of flames appeared to land at random.