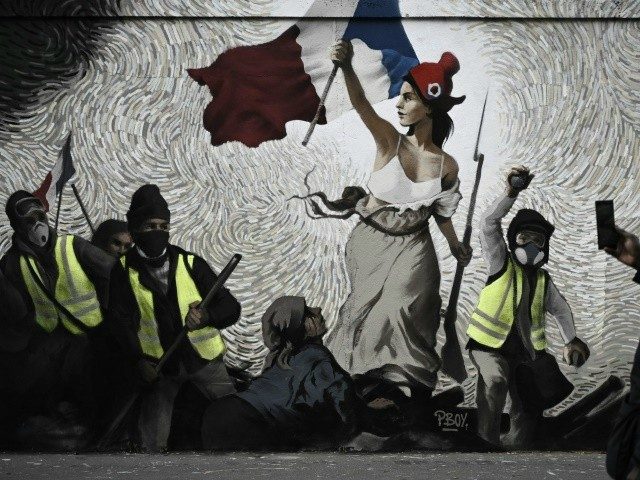 A newly released survey has claimed that nearly four out of every ten French believe that a full-on revolution is the best way to solve the country’s political problems.

The poll, which was taken by polling firm IFOP, shows that 39 percent of French surveyed said that a revolution was needed to effect real change in the country, a figure much higher than elsewhere in Europe, Atlantico reports.

In comparison, only 20 percent of Germans agreed that revolution was a viable political solution, and the number was even lower for Austrians and Poles, at just 14 percent.

Consulting director at IFOP David Nguyen commented on the results, saying, “The first thing to say is that this is an absolutely spectacular number. Four in ten consider that a revolution would be a good solution: even if we do not know exactly what they put behind this word, it is the mark of a radical presence very present in the society.”

“What allows us to say that this is an important rate is that this figure is much higher than in all the other European countries that we tested,” he said.

Nguyen said that the numbers reflect the broad support for the Gilets Jaunes (Yellow Vest) movement, adding: “The government can not, therefore, bet on a major shift in opinion towards yellow vests, simply because their social demands will always be legitimate for a whole section of the population.”

The majority of those who felt revolution was a viable political solution, according to Nguyen, came from both the populist Rassemblement National (National Rally) party led by Marine Le Pen and the far left France Insoumise (Unsubmissive France) led by Jean-Luc Mélenchon.

Opinion polls of the Yellow Vest movement have also shown broad support from Le Pen supporters and supporters of Mélenchon.

Nguyen said that the anger in France was much higher than other countries.

“This is very worrying because these negative feelings are even more shared in France than in other European countries. In particular, the feeling of anger which is a priori the main engine of a revolutionary spirit,” he explained.