The British had a long tradition of striking tokens for political purposes. There were political tokens against the American Revolution. Some pictured Thomas Paine being hanged for writing his Common Sense. There was Climate Change back then as well and it resulted in massive riots over shortages of food.

The British also even issued a protest Bank of England note that stated the mere possession of a counterfeit was punishable by death. The protest was people who unknowingly accepted a bank note that was counterfeit were being routinely hanged, but the law also meant that all their assets were then forfeited to the Crown and any family was thrown out on the street. Therefore, there has been a wealth of private tokens issued by the British to record various political issues over the centuries. 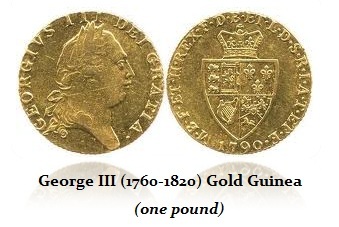 On February 1st, 1796, the weather had turned bitterly cold and crops had been failing. There were food riots emerging over the price of bread which culminated in in an assault upon King George III and Queen. In fact, Queen Charlotte was struck by a stone as she and King George return from a trip to the theatre.

It was during the extremely cold winter of 1794-1795 where even the Thames River froze over and temperatures reached -6 (21c). A deep freeze began on December 20th, 1794, and continued until February 7th, 1795. Even when the thaw came, this resulted in major flooding of the rivers which devastated the surrounding farmlands. The weather resulted in a great famine.

According to the Geast chronicler, the government had to act providing the poor a public subscription that provided bread and coal to be sold at a subsidized price. In some exceptional cases, it was provided free only when it was obvious the people could not pay. The number of deaths between 1794 and 1795 more than doubled because of the weather and crop failures. The death records of this period show that as food became scarce, disease spreads. About one-third of the deaths are attributed to disease rather than just hunger. Clearly, when there is malnutrition, diseases such as Small Pox spread rapidly.

Nevertheless, as spring and summer arrived during 1795, it never really warmed up very much. There were recorded frosts well into June of 1795. Countless animals also died from the bitter cold as the grounds froze and nothing grew. The wheat harvest of 1794 had been very poor, for the summer showed extreme volatility in temperature. As we see today, the summer of 1794 was very hot and dry resulting in crop failures during that season due to the lack of rain. Today, they would call this proof of Global Warming when in fact historical records reveal such extreme swings between heat and cold are not modern events. 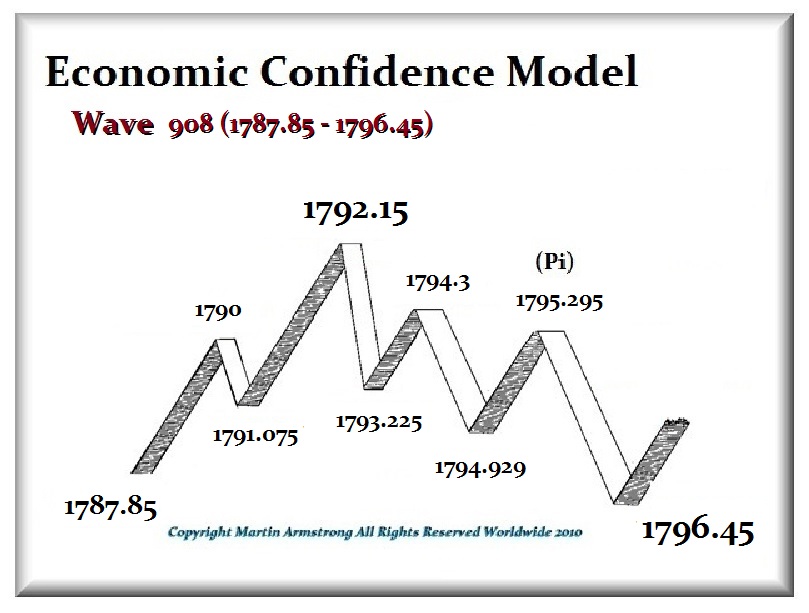 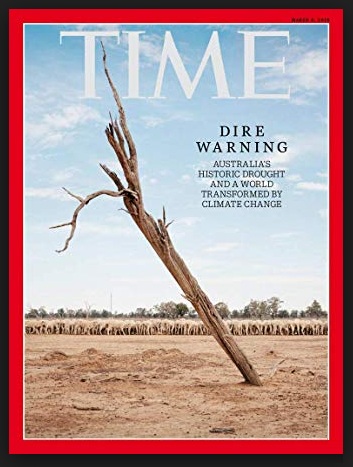 The prices of all agricultural and livestock products rose dramatically.  Then, the extreme cold and floods of the following winter affected crop production and prevented farmers from undertaking fieldwork. The bad weather during the spring of 1795 was also detrimental to agricultural production. A sack of flour costing £2.4s. [£2.20] in 1794 cost £4.3s. [£4.15] in 1795. Food prices soared because of the weather.

Our models are warning that we DO NOTface Global Warming, but these same dramatic swings in temperature with colder winters and dryer summers. TIME Magazine on March 4th, 2019, ran a piece on the Australian drought and attributed it, of course, to human-caused climate change. The exact same patterns of the 1790s demonstrate that this is a natural cycle, not unknown to history, and it must be understood what is really happening or millions of people will die waiting to people to end airfare and stop driving their cars and politicians to find someone else to tax.

Great Britain had been at war with Revolutionary France since 1793, therefore much of the wheat that was produced was bought by the government to supply the army and navy. Moreover, the war at that time prevented the importation of grain into Britain by ship for they would be attacked in the war. This combination of war and weather brought the country to the brink of famine and food riots. By the summer of 1795, the price of bread had doubled at around 1s [5p] for a 4lb loaf. The weekly wage of a skilled worker was around 10s [50p] per week. The lower skilled laborers were paid as little as 5s per week. We can see that bread at 1s could be 20% of the weekly wage.

As prices soared, millers would hoard grain in anticipation of continually rising prices. Why sell now when you could get more next week? We see the same thing take place during storms. Prices soar and even things like air tickets and gasoline rise in front of a hurricane. This is human nature. It always takes place despite laws against price gouging in a crisis.

During 1795 and 1796, the shortages, high prices, and profiteering practices all combined to produce food riots throughout the country. There was a riot involving about 200 people that erupted in Tewkesbury, England, on Tuesday, June 24th, 1795. Flour was waiting at Tewkesbury Quay to be transported by water to Birmingham where prices were even higher. On the following day, Henry Fowke, the Town Clerk of Tewkesbury, wrote to the Home Secretary, Lord Portland, reporting the event.

I do myself the Honour of addressing Your Grace on the subject of extreme Rioting at this place yesterday. Several Quantities of Wheaten Flour were forcibly taken out of the Barges at the Quay & carried off by divers Persons, chiefly Females – The civil force was convened with all possible Dispatch, & after much difficulty & confusion, the Riot was suppressed, & the ringleaders committed to the county rather than the Borough Goal, as more secure – The appearance of the Town this morning, I have the pleasure to say, is pacific. I have thought it my Duty to acquaint Government, through Your Grace, of this transaction. With the greatest respect, I am My Lord, Your Grace’s most obedient servant

Many people were arrested and the government feared there would be yet another riot in an attempt to free them from prison many of whom were women. 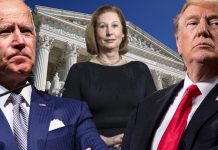