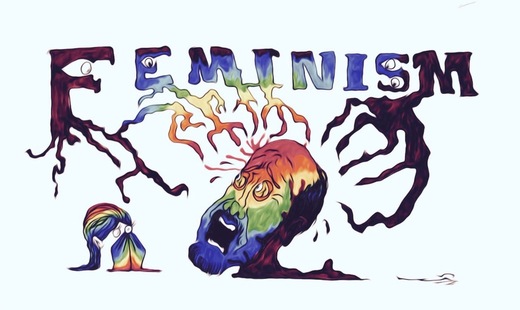 As a woman that believes in equality, while understanding there are biological differences that make men and women different on a physical level, with each group having different strengths and weaknesses that balance each other out, I have spoken out against what modern day feminism has become on a regular basis, but the most recent support by progressive feminists for Democrats in Congress that blocked the passage of the “Born Alive Abortion Survivors Protection Act” has forever entwined the term “feminism,” with “infanticide.”

Infanticide, by definition, is the intentional killing of a child within a year of birth.

Brief Background: The topic exploded into national conversation at the end of January 2019, when Virginia General Assembly delegate Kathy Tran was caught on camera promoting a proposal that would allow an abortion up until the moment of birth, even if the woman was dilating and in labor.

The one minute clip below shows her admitting that, just for the sake of verifying my assertion above, watch.

After that clip went viral, Virginia’s governor Ralph Northam, defended that proposal, but took it even further, stating, and I quote “The infant would be delivered, the infant would be kept comfortable, the infant would be resuscitated if that’s what the mother and the family desired. And then a discussion would ensue between the physicians and the mother,” which when listening to him, appears that he is promoting further  “discussion” about the fate of the child, after it was born and breathing.

Again, listen and decide for yourself

Immediately after Northam’s remarks went viral, another scandal engulfed him after an ex-classmate who heard his radio interview was so angered, then released a photo of Northam’s year book page which showed two men, one dressed in black-face and one in a KKK robe and hood, and the media instantly dropped the infanticide remarks in favor of covering the “racist,” images.

The Born Alive Abortion Survivors Protection Act, would have required that health professionals give proper medical care to any infant that was born alive after a botched abortion, yet every “progressive” Democratic politician voted to block that bill from receiving a full Senate vote to be passed into law.

Make no mistake, despite feminists writers trying to provide cover for the Democrats’ vote against the bill, there is nothing in the bill about the availability of “abortion” itself, it is only about those babies that survived and the requirement of health professionals to provide care for them.

Read it yourself, it isn’t a long bill, but everything focuses on a baby, living outside the mother’s womb and what is required of doctors.

Also, every feminist Democrat politician that has announced their candidacy for president for 2020, voted against that bill, via the National Review:

Ok, so that is just the Democrats in Congress, but a look into the written and published defense pieces about their refusal to protect a living baby by blocking this bill, makes it very clear that to modern day feminists, requiring adequate and equal medical treatment to a baby, born alive after a botched abortion, is an “Extreme Anti-Choice Attack.”

How is it an “anti-abortion” effort when the entire bill focuses on a baby that was already born, alive?