by George Seay, The Epoch Times: 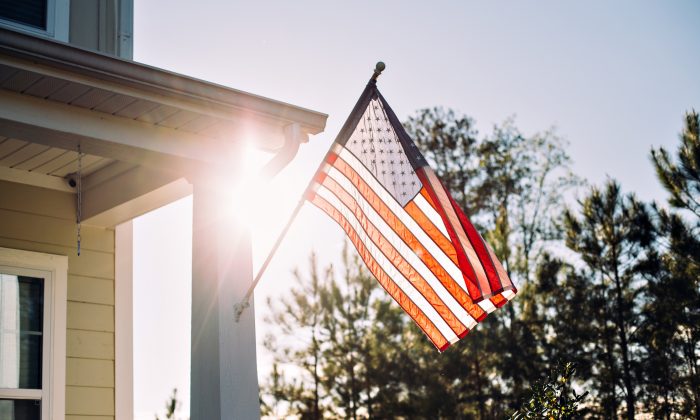 For many religious Americans, the apocalypse is looming, dire and ominous. Widespread abandonment and ridicule of traditional values run rampant.

Questioning and disapproving defiance of American history, traditions, and values—all viewed as corrupted by chauvinism, sexism, misogynism, and racism—is building.

Hollywood embraces all the progressive movements of the moment: #MeToo, climate change, the Green New Deal, gender fluidity, as well as embracing countercultural and iconoclastic practices and behavior.

Patriotic American traditionalists can’t help but feel surrounded by messages, imagery, and priorities that offend and threaten their families. It’s everywhere and inescapable.

Christian media publications and writers face an ever-present temptation to give up in despair, and feel the battle for our country’s heart, soul, and mind is already lost—lost before the battle was even joined. It’s easy to despair when you feel public opinion and influences are successfully moving aggressively against you and what you stand for.

I would maintain, to the contrary, that this defeatist and negative perspective is fatalist, un-American, and most importantly, unbiblical.

It doesn’t take a comprehensive survey of world history to stumble across far more adverse moments since the beginnings of the church or America.

The Roman Empire wasn’t only hostile to Christians, it hunted them, and when captured, Christians were executed in the worst ways possible: crucifixion, beheadings, torture unto death, or being devoured by wild animals for sport.

During the Middle Ages, the Black Death wiped out roughly one-third of Europe’s population. One could look to the neighbor on the right and the neighbor on the left, and very soon, one of them would no longer exist. It must have felt like the world was coming to an end.

After World Wars I and II, the world lost more than 50 million people to war, disease, or genocide. This doesn’t even count the 50 million more who perished in Mao’s Cultural Revolution or Stalin’s gulag excommunications.

The adversity we face today in America pales in comparison to the challenges of our ancestors and forefathers, and beyond that, we have so much to be thankful for.

Religious liberty continues to be the law of the land, through the First Amendment of the Constitution. And with scores of strict constructionists appointed to the federal courts by the president in the past two years, and scores more to come, persecution of the church and religious folk through the court system isn’t likely in the near term.

The #MeToo movement has eliminated, in one swift stroke, society’s epidemic toleration of abusive behavior, mostly by men. For American women, it’s a new dawn of freedom from harassment and abuse. This is a development to celebrate, as long as we hold firm to due process and don’t convict those who are innocent through accusation alone.

Murder and crime rates are at multi-decade lows; and racial reconciliation has come further than anyone in the South in the 1960s could have possibly imagined, despite tension on the left through Black Lives Matter, the kneeling protests, and other forms of peaceful demonstration.

The country is economically as strong as it has ever been, and our national defense is the most secure. Our military is the envy of the world, keeps us safe, and preserves the freedom we all cherish.

Does the embrace of low standards, bad behavior, and acting out by thought and opinion leaders temper my enthusiasm for where we are as a country? Of course. We have real problems as a society, morally and culturally, and much work lies ahead. But the America we all know is worth both defending and advancing.

Churches and synagogues need to champion traditional values and moral standards, without reservation, nuance, or fear. We need religious leaders to be lions, not mice. And traditional American business, civic, and political leaders have to stand up for traditional morality and standards courageously, without fear of public shame or persecution.

Are we divided in this country? Are Americans of religious faith and traditional values diminishing in number? Yes to both.

Having said that, the homeschooling, school choice, and charter school movements are alive and well. Our country remains one of the most religious in world history. Our people are mostly still committed to the values and standards of the Founding Fathers. There is much to be grateful for and much worth fighting for.

But people of faith need to take heart, be of good cheer, and be “happy warriors.” No one is convinced to change their mind or re-evaluate their position when confronted by judgment, anger, or rebuke.

The modern church and its flock must relearn how to appeal and persuade in an attractive, kind, Christlike way. They will know we are Christians by our love, and to live is Christ and to die is gain. These are words to live by, and a moral compass worth dying for.