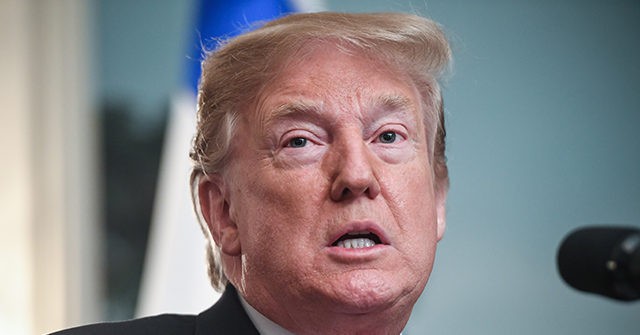 President Donald Trump told reporters that it was time to investigate leftist Democrats for pushing the ongoing hoax that his campaign colluded with Russia to win the 2016 election.

“There are a lot of people out there that have done some very very evil things, very bad things. I would say treasonous things against our country,” Trump said. “And hopefully, people that have done such harm to our country, we’ve gone through a period of really bad things happening. Those people will certainly be looked at. I have been looking at them for a long time.”

Trump did not specifically name the people he wanted to be investigated but hinted that they had a lot to do with triggering the special counsel investigation.

“Why haven’t they been looked at? They lied to Congress. Many of them, you know who they are,” he said. “They’ve done so many evil things.”

Trump hinted that the country had to make sure that rogue forces in the FBI and the Justice Department could not bring a similar phony case against another president in the future.