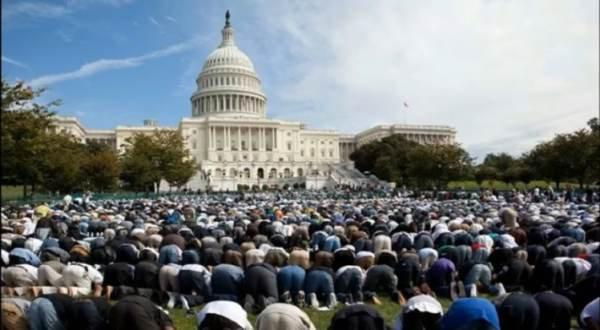 Coming soon: Americans will be charged and prosecuted for “cyber terrorism crimes” for online posts that are critical to Islam.

Social media companies are already bowing to Sharia law and banning/shadowbanning users who dare speak the truth about Islamic terrorism and the various forms of jihad.

Twitter legal recently issued this reporter a warning that a tweet posted calling for burkas to be banned in the US violated Pakistan’s blasphemy laws.

The specific Pakistani blasphemy laws that the tweet violated are punishable by life imprisonment or death and Twitter happily delivered the threat.

But these warnings are just the beginning.

CAIR launched an all out assault on the 1st Amendment.

CAIR “Research Director” Dr. Abbas Barzegar said in a presser we should “Not allow these people to exploit freedom of speech.”

“We ask our political leaders to address growing menace of islamophobia.”

“The perpetrator of this terrorist attack has been inspired by hatemongers in the United States,” he continued.

“Directly related to ideas that are carried out on radio shows, TV shows, news commentators — That’s the burning smoke. We as a community have to take control and leadership back in our public space.”

“It is not the case that this is some random marginal activity on the internet in some closed dark web or something,” he said, adding, “No, this stuff is mainstream now.”

So there you have it — CAIR has labeled any person or any group that dares expose jihad and criticizes Islam as “hate groups.”

CAIR will argue that online criticism of Islam is an “incitement to violence” and should be charged as a “cyber terrorism crime.”

In fact, it is already happening — A California man was arrested, prosecuted and hit with misdemeanor charges in 2017 for posting 5 anti-Islam posts on Facebook in 2016.

The California Attorney General’s office argued the man’s comments constituted “repeated contact by means of an electronic communication device” with “intent to annoy or harass,” a misdemeanor under California law, reported the Daily Caller.

How are five posts to an Islamic Center’s Facebook page considered “repeated contact?” This was just another way to impose Sharia law onto a concerned American citizen.

The anti-Islam posts were completely benign. The man posted zero threats and all of his comments fell under the 1st Amendment protection:

This is their 1st step.

The next step will be to categorize any criticism of Islam as "cyber-terrorism" so they can have Americans arrested for exercising their 1 A rights.