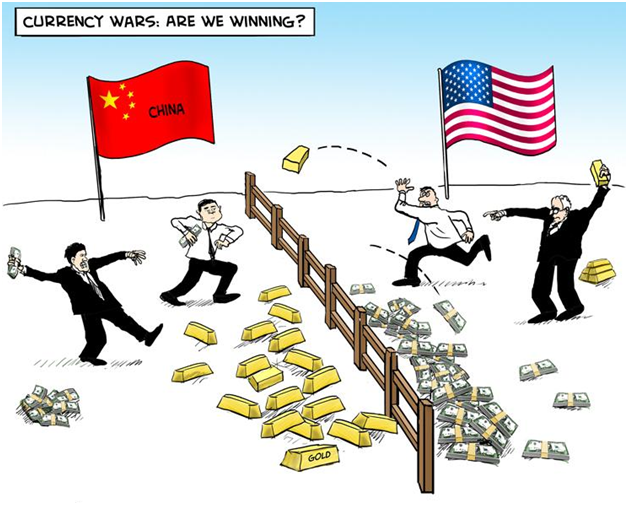 After years of reporting no change in gold holdings, China has announced an increase in gold reserves for the third straight month…

China’s gold reserves are growing again as an increase in holdings has been announced for the third straight month.

The country’s gold reserves amounted to 60.26 million ounces by the end of last month, a slight growth from January, according to the People’s Bank of China (PBOC).

The gold reserves were equivalent to around 79.5 billion U.S. dollars, edging up from 79.3 billion dollars in the previous month, the PBOC said.

Last year, central banks went on a gold buying spree like they haven’t been on in some 50 years.

Is 2019 turning out to be another year in which governments and central banks around the world partake in a buying frenzy?

According to the World Gold Council, global gold demand increased 4 percent year on year to 4,345.1 tonnes last year. The amount of gold bought by central banks reached the highest since 1971, the year when the dollar’s peg to bullion was scrapped.

As a safe haven hedge, gold will become more attractive in 2019, due to greater market uncertainties and the expansion of protectionist economic policies, according to a forecast from the World Gold Council.