“There is strong evidence to suggest that at least part of the source of this trend is the degree to which medically inaccurate information about vaccines surface on the websites where many Americans get their information,” Schiff wrote in the letter. “The algorithms which power these services are not designed to distinguish quality information from misinformation or misleading information, and the consequences of that are particularly troubling for public health issues.” (Source: Bloomberg)

Facebook was the first to agree with Schiff’s call to action and vowed that they were “exploring additional measures” to fight the appearance of anti-vaccine messaging to the reading public.

But it was YouTube (Google) that appears to have taken the swiftest measures against anti-vaccine proponents by announcing that their two-pronged approach would include demonitizing videos with “dangerous and harmful” content, plus adding a stern warning from the World Health Organization that being anti-vaccine is “one of the top ten global health threats of 2019.”

In the true spirit of competition for which big tech company can foster the most censorship and destroy the key values of democracy, Amazon has followed suit by burning the digital books (videos) of those who have made it their life’s work to educate the public and spur debate. And, again, it seems that the public comments made by a single rep – Adam Schiff – have been enough to alter company policy which affects millions of people.

The move came days after a CNN Business report highlighted the anti-vaccine comment available on the site, and hours after Rep. Adam Schiff wrote an open letter to Amazon CEO Jeff Bezos, saying he is concerned “that Amazon is surfacing and recommending” anti-vaccination books and movies.

Anti-vaccine movies that were previously available free for Prime subscribers, like “We Don’t Vaccinate!,” “Shoot ‘Em Up: The Truth About Vaccines,” and “Vaxxed: From Cover-Up to Catastrophe,” are now “currently unavailable.” (Source: Fox2now)

As the Fox report referenced above highlights, while some items have fully disappeared from “recommended” areas of the site, others do remain. Fox specifically cites one of the more egregious offenders still in front of the delicate eyes of viewers: “Miller’s Review of Critical Vaccine Studies: 400 Important Scientific Papers Summarized for Parents and Researchers.” Because why should anyone be encouraged to read primary research into the efficacy of something being injected into their own body and the bodies of their loved ones — it almost sounds like informed consent. It’s also a sign that Amazon holds its own core system of peer-to-peer reviews and recommendations in contempt as it resorts to algorithmic adjustments to hide the realities of real-world discussion.

Perhaps most troubling here is that this tactic, as well as the rhetoric being used, is straight out of the anti-terrorism lingo that we hear from the government and their revolving-door corporations like Facebook, Google, Amazon, et al. It’s the same strategy that has resulted in cutting off the funding of people from all walks of independent media for all types of different and “dangerous” thoughts that could “radicalize” the unsuspecting public. 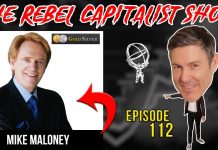