Do you know your place? In these days of hysterical Wokesterism, the question would surely provoke a riot of cowbell-clanging Antifa cadres, fainting spells in the congressional black caucus, and gravely equivocal op-eds from David Brooks of The New York Times. Yet it’s a central, unacknowledged quandary of our time that so many Americans have no place and suffer terribly from it.

Human beings need a place in the social order, in the economic order, and in actual geography in order to function optimally in a life fraught with the normal challenges and difficulties that reality presents. Let’s take these places in reverse order.

It’s a fact that most Americans live in everyday environments that are, at best, not worth caring about, and at worst actively punishing to human neurology. Have you taken a good look at the American landscape and townscape lately? How do you feel venturing down the six-lane commercial boulevards lined with cartoon architecture? Either anxious or numb, would be my guess. Or a Main Street of empty storefronts? Or an avenue of looming, despotic glass skyscrapers? Or a vast subdivision of identical McHouses where the buffalo once roamed? Is it any wonder that Americans require more antidepressant medication than people in other lands? Or, that failing to find treatment, they self-medicate with alcohol, opiates, sugary snacks, and anything else that takes them out of the soul-crushing reality of their surroundings.

I don’t think you can overstate the damage we’ve done to ourselves in the sheer material arrangement of our national life. A decade ago, I sat in on many zoning board meetings called to approve new WalMarts and other chain-stores around my region of upstate New York and southern Vermont. Inevitably, the companies organized a claque of locals in the meeting hall — itself a depressing, low-ceilinged chamber of cinder blocks and fluorescent lighting — to fill the seats and yell in support of “bargain shopping.”

That was some bargain they got. The chain-stores got approved and the Main Streets died, but that wasn’t the end of it. This dynamic also destroyed networks that gave local citizens an economic and social place. Locally owned business people were the caretakers of the town. They took care of two buildings — their place of business and their home. They sat on library, school, and hospital boards and donated money to running local institutions. They employed people who lived in town and there were consequences for treating them well or badly. There was even a time in this country when local business people wouldn’t dare to put up an insultingly ugly building.

A lot of this economic behavior has produced the social perversities of our time. Exterminating an entire class of local merchants has eliminated the heart of the American middle-class and grotesquely concentrated the nation’s wealth among corporate leviathans who comprise one percent of the population. It also eliminated the place where young people learned how to do business, preparing themselves to try ventures of their own, and to make a place for themselves in the world.

What is your place now? A cubicle in the marketing department of Old Navy? An aisle in the Home Depot? A desk in the Diversity and Inclusion office of some State University, pushing to sort the student population into racial and sexual categories because all other ways of belonging in society are gone? Or do you occupy ten square feet of sidewalk with a tarp and a shopping cart? None of those places are liable to furnish a personal sense that life is worth living. 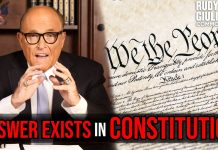