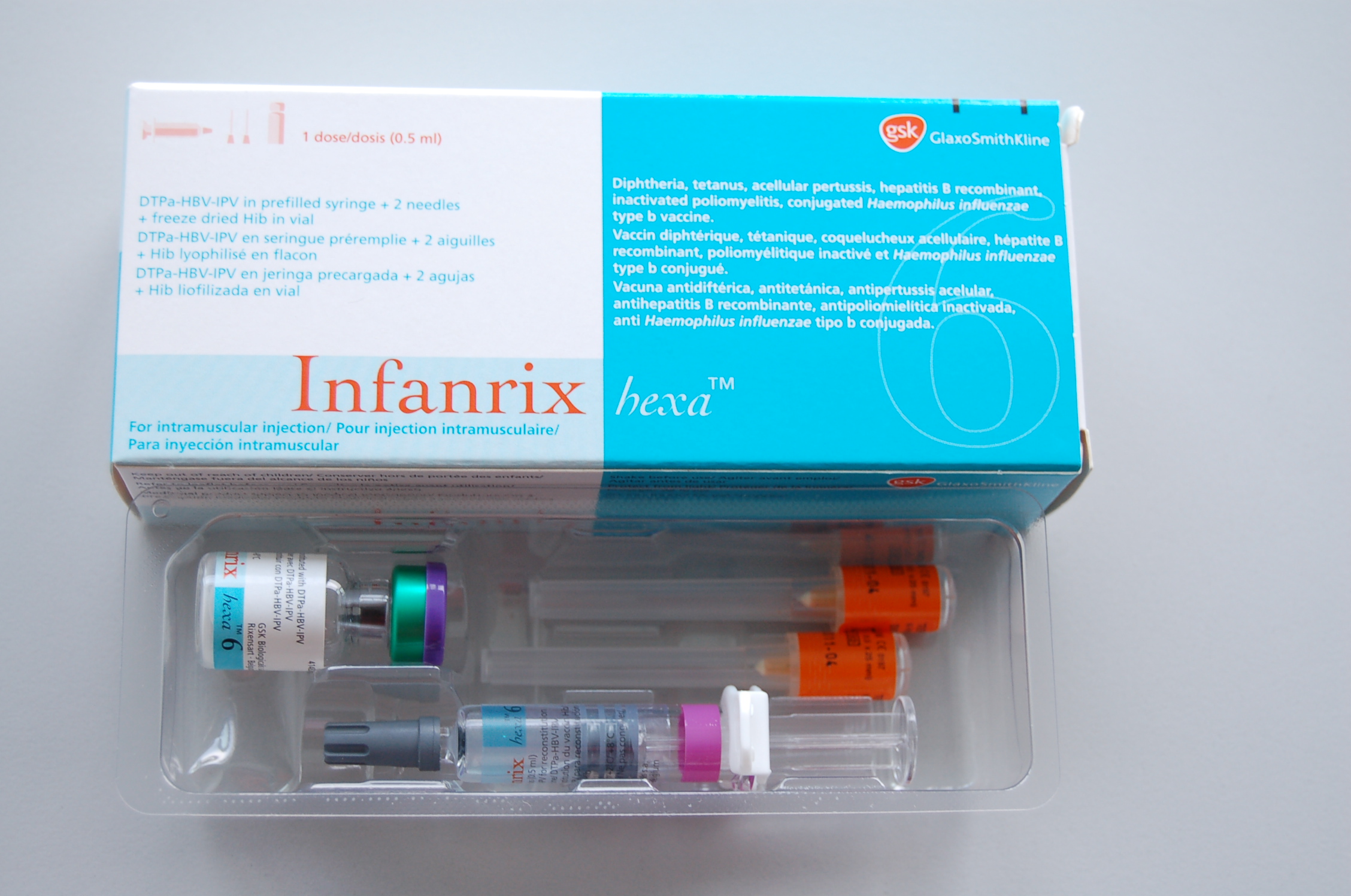 Facebook, which seems to have become a government-run agency claiming to help fight the war on ‘fake news,’ has pledged to delete and flag content that spreads misinformation. This is great, and should be done, but the only problem is that content around the internet is being taken down, flagged, and deemed as a ‘conspiracy theory’ when it is well-supported, factual, and backed by peer-reviewed science.

I just wrote an article about the recent measles outbreak in Washington State for example, and how that state is pushing hard for all school-aged children to receive a mandatory MMR vaccination. These outbreaks are constantly being blamed on unvaccinated children, but the mainstream never points people towards the actual statistics showing that Washington State, like many other states, have not experienced a drop in MMR vaccination coverage. Instead, MMR vaccine coverage is very high.

Furthermore, they don’t mention that there’s been a long history of measles outbreaks in highly vaccinated and fully vaccinated populations (see article linked below for examples and sources), and they don’t mention the deaths, disabilities, and adverse reactions that’ve occurred as a result of the MMR vaccine either. Why don’t they mention that the death rate from measles in Washington State was just 1.4/10,000 (source in article below) before the introduction of the vaccine? You can read more about that and access multiple studies and testimonies on this subject in the article linked below:

Information and science are constantly emerging regarding vaccinations, but we never hear about any of it from mainstream media. I also recently published an article of Robert F. Kennedy explaining how big pharmaceutical companies are the biggest lobbyists, even more than big oil, and how they’ve completely compromised both the Democrats and the Republicans.

They’ve captured them (our regulatory agencies) and turned them into sock puppets. They’ve compromised the press… and they destroy the publications that publish real science – Robert F. Kennedy

So, what’s some of the latest information regarding vaccine safety?

An article published in Nature, International Journal of Science titled “Italian scientists protest funding for vaccine-safety investigation” outlines how The National Order of Biologists made a €10,000 donation to a group that questions the safety of vaccines.

The groups name is Corvelva, and they received the donation on the 26th of October of 2018. The group believes that the research it conducts is necessary because “previous studies it has funded, which have not yet been published in a peer-reviewed journal, indicate that some vaccines contain impurities, or lack the active ingredients they claim to contain.”

Nature points out that “Some scientists in Italy are up in arms over a donation from the organization that oversees the nation’s professional biology qualification to an advocacy group that opposes the country’s policy of mandatory childhood vaccination.”

This part is confusing: Why would any group or any scientist oppose more safety studies regarding vaccinations? Wouldn’t professionals on both sides of the coin be in support of as much vaccine safety testing as possible?

ONB president Vincenzo D’Anna told Nature in an e-mail interview that there is a need for truly independent vaccine research because, in his opinion, work conducted in public laboratories and at universities is usually influenced or funded by companies that produce vaccines.

“The goal is to contribute to complete the biological and chemical analyses on vaccines,” he said in the interview, part of which the ONB has published in its Bulletin.

Again, Nature points out that many scientists dismiss the need for more vaccine safety testing and that they are upset. That being said, it’s a comforting thought that ONB disagrees and that they are supporting this type of thing. Clearly, many professionals within that organization don’t believe that vaccines go through rigorous safety testing, as is claimed by many. Again, what harm could be done by further testing?

What Did They Find?

Corvelva discovered that none of these antigens were actually in the vaccine, which means it had zero antibodies to the intended antigens to be created. This was a huge shock, and in addition to that they also found the following:

Traces of 65 chemical cross-contaminants from other manufacturing lines:

Tetanus, diphtheria and pertussis toxoids, D antigens of Poliomyelitis 1-2-3, hepatitis B proteins obtained with genetic engineering and Haemophylus polysaccharides chemically linked to tetanus toxoid as carrier. Toxoids are created by treatments with formaldehyde and glutaraldehyde that should remove toxicity keeping intact their ability to stimulate protective antibodies against original toxins.

We were expecting to find the three toxoids and the other antigens not modified by treatment with formaldehyde and glutaraldehyde, to separate the antigens from each other and to be digestible by the enzyme specific for proteins (trypsin). We have found instead a real polymer, insoluble and indigestible, that we supposed to be the set of antigens chemically bound together (has to be defined if this is present as an aggregate of the individual antigens or a single macromolecule), on which we can find in literature partial information regarding the single antigens.

This macromolecule could not be recognized in any way by the protein databases, and in fact it turned out to be a solid compound of an unknown chemical structure.

Proteins solubility and their digestion (i.e. the capacity to divide them into small peptide fragments) are two typical proteins characteristics that not only makes it possible to study them through some specific analysis methods but are also fundamental for the interaction with the immune system to create protective antibodies, because if the protein structure is heavily altered from the original one, the new antibodies result completely different from those that are able to attack the original antibodies causing illnesses.

Since this polymer we have encountered, derived from the antigenic mix, is not only different for its spatial conformation but it’s chemically different, so we can state that we are not facing antigens similar to the original ones but in the form of a compound with an unknown and unpredictable toxicity and efficacy.

The fact that the vaccine antigens were not detected is seriously concerning, and so is the fact that, of the 65 signs of chemical contaminants, only 35% are known. This was only the first phase of this safety testing, as a second analytical study with standard controls will be released.

7 chemical toxins were also identified, and the group states that these toxins have a structure that could probably be partially derived from the formaldehyde, glutaraldehyde and cyanogen bromide reactions with other chemical contaminants in the vaccine.

We’d like to point out that the toxicity of many of these toxins have been confirmed and published in Pubchem or Toxnet and this poses important safety problems, issues and concerns.

From the protein and peptide fraction study, various free peptides of bacterial origin have been obtained probably coming from the bacterial culture cells used for the antigen extraction. Literature reports bacterial peptides as potential allergens 5 and also as capable of inducing autoimmune reactions 6 and these too put a safety issue that needs to be further clarified with the regulatory bodies.

Coming back to the two basic principles that have been our topic on this analysis path, we reaffirm what we have said in the recent interview on the scientific journal Nature: we are inquiring the vaccines efficacy and safety and we can’t quite understand how it is possible to claim that this vaccine is even able to generate the 6 protective antibodies – reason why it is designed for – and furthermore to understand how this cluster made of 6 neurotoxic antigens bound together can be claimed as not toxic for newborns.

Infanrix Hexa hexavalent, as for the method we have commissioned, casts major doubts on both its effectiveness and on its safety…

One thing is for sure: we will not stop to proceed.

In the 90s, Dr. Antonietta Gatti discovered the relationship between micro- and nano-particles as well as a great number of pathologies: cardiovascular diseases, many forms of cancer, multiple neurological diseases, and autoimmune diseases. She’s taken part in many international research projects, including the pathologies induced by depleted uranium, waste incineration, food polluted with inorganic particles, and more.

Currently, she is the coordinator of the Italian Institute of Technology’s Project of Nanoecotoxicology, called INESE.

She is also a selected expert of the FAO/WHO for the safety in nanotechnological food, a Member of the NANOTOX Cluster of the European Commission, the author of the book “Nanopathology: the health impact of nanoparticles,” on the Editorial Board of the Journal of Biomaterials Applications, and a Member of the CPCM of the Italian Ministry of Defense.