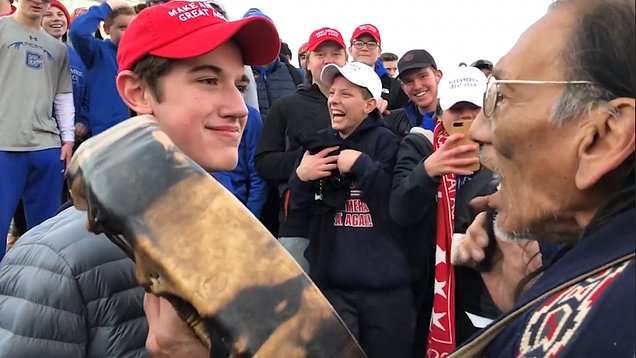 CNN is about to be sued for more than $250 million for spreading fake news about 16-year-old Covington High School student Nicholas Sandmann.

Sandmann was viciously attacked by left-leaning news outlets over a deceptively edited video clip from the January March for Life rally at the Lincoln Memorial, in which the MAGA-hat-wearing teenager appeared to be mocking a Native American man beating a drum. Around a day later, a longer version of the video revealed that Sandmann did absolutely nothing wrong – after the media had played judge, jury and executioner of Sandmann’s reputation.

CNN will be the second MSM outlet sued over their reporting of the incident, after Sandmann launched a $250 million lawsuit against the Washington Post in late February.

Speaking with Fox News host Mark Levin in an interview set to air Sunday, Sandmann’s attorney, L. Lin Wood, said “CNN was probably more vicious in its direct attacks on Nicholas than The Washington Post. And CNN goes into millions of individuals’ homes. It’s broadcast into their homes.”

“Why didn’t they stop and just take an hour and look through the internet and find the truth and then report it?” Wood asked. “Maybe do that before you report the lies. They didn’t do it. They were vicious. It was false. CNN will be sued next week, and the dollar figure in the CNN case may be higher than it was [against] The Washington Post.”