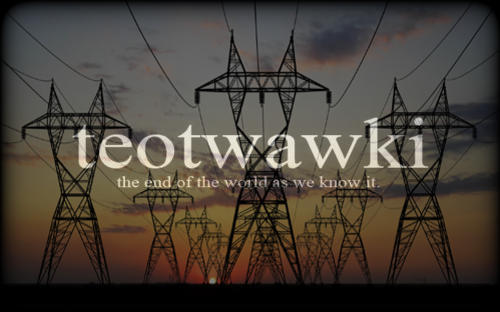 In this important new story over at News Web Order that Steve Quayle had linked to on his website on Sunday they report that one of the biggest threats to America over the coming months and years will probably not come to us in the form of ‘bombs‘ but will be delivered by ‘a few keystrokes on the computer…and we’re done‘.

Warning of the very real and potentially existential threat posed to our nation due to a cyber attack that takes down the national electrical grids, their story details for us the absolute havoc that would be caused to our critical infrastructure, the ‘glue‘ that helps to hold America together, should the grid go down for an extended period of time. And while their story warns of Russia, China, North Korea, Iran or even ISIS as the potential ‘bad actors‘ that could potentially carry out such a cyber-attack upon America, several recent stories out across the msm hint that a ‘false flag attack‘ could be carried out upon the grid by ‘globalist enemies of America within‘, with none other than go-to ‘boogeyman‘ Russia getting the blame.

Joining Rachel ‘Madcow’ who recently theorized on MSNBC that Russia could attack the grid in the middle of the freezing cold winter while asking her viewers “what would you and your family do?“, the Wall Street Journal recently put out this story titled “America’s Electric Grid Has A Vulnerable Back Door — And Russia Walked Through It“.

With that story proceeding to re-create what they called the ‘worst hack into the nation’s power system in history‘, allegedly revealed to have been carried out by hundreds of cyber attacks upon small electrical contractors by these ‘Russian agents‘, we remind you of this December 31st of 2016 story over at the Washington Post within which they reported a Russian operation had hacked into a Vermont utility company, a story which the Post then retracted due to it being ‘fake news‘ as this January 1st of 2017 story at Forbes reported.

So, why the rush amongst the mainstream media to blame Russia for a massive cyber attack upon our power grid? As we had reported on ANP on February 4th, the globalists are very fond of using the ‘Orwellian memory hole‘ technique and should they one day bring the grid crashing down for a lengthy period of time, tens of millions of Americans will remember that the msm told them Russia was hacking the grid. Hence, in their minds, Russia would be responsible for the chaos and anarchy exploding all around them as Americanssuddenly realize that food doesn’t just arrive in stores magically.


According to this recent story over at The Hill, should the electrical grid go down for a lengthy period of time in America, our nation would be nothing less than crippled. Their story then quoted former Israeli Defense Force Major General Isaac Ben-Israel, the cyber security advisor to Prime Minister Benyamin Netanyahu, who summed up in a single sentence: “If you want to hit a country severely, you hit its power and water supplies; cyber technology can do this without firing a single bullet“.

Their story then compares such a long-term grid-down scenario to a dystopian, science fiction disaster movie with the final line of the story emphasizing: “In real life, there’s not a happy ending.” From this story over at Real World Survivor on a long-term grid outage.:

Water: Water is absolutely critical to life. Before electricity people either had wells or lived near a water source. Today, if the electricity stops flowing, so does the water. The only exception to this would be those places where water was delivered by gravity. Countless people will die from lack of water and from illness brought on by drinking contaminated water. Even though many residents of rural areas still rely on wells today, modern wells are almost all electrically powered.

Electricity: With nothing electrical running, the national economy will halt on the spot. All factories will cease production. Natural gas won’t be pumped through pipelines. Gas pumps won’t pump. Kitchen stoves and microwaves won’t work. Refrigerators will stop and the food inside will spoil. Canneries will stop packing, and the only preserved food available for long-term storage will be stocks on hand, military MREs and home-canned food.