As Washington’s Secret Team continues to line-up its guns against the elected government led by Nicholas Maduro in Venezuela, it’s worth reminding viewers of another recently executed regime change operation – a portion of which was caught on tape – where US State Department officials could be heard discussing  their new hand-picked, post-coup government in the Ukraine.

When the latest phase of the current crisis in Venezuela broke in the middle of January, cabinet officials in Washington immediately declared the elected government in Caracas as “illegitimate,” and put forward their own hand-picked “interim president.” US National Security Advisor John Bolton started the ball rolling by boldly announcing, “The United States does not recognize Venezuelan dictator Nicolas Maduro’s illegitimate claim to power. His ‘election’ in May 2018 was viewed internationally as not free, fair or credible.”  Bolton’s proclamation was followed by a TV decree by US Vice President Mike Pence formally recognizing a previously unknown opposition parliamentarian, Juan Guaido, as Washington’s new choice for president of Venezuela. This was then followed by a tweet  from President Trump: “The citizens of Venezuela have suffered for too long at the hands of the illegitimate Maduro regime,” before  adding, “Today, I have officially recognized the President of the Venezuelan National Assembly, Juan Guaido, as the Interim President of Venezuela.” President Trump then upped the ante, warning Maduro that “all options are on the table,” clearly implying the possibility of military intervention by Washington.

While the general public may never be privy to behind-the-scenes conference calls between the likes of Bolton, Elliot Abrams, Jimmy Story and Guaido, it is extremely instructive to revisit the infamous 2014 leaked phone call between then Assistant Secretary of State for European and Eurasian Affairs, Victoria Nuland, and US Ambassador to Ukraine, Geoffrey Pyatt – a stunning leak which reveals exactly how Washington appointees were in fact micro-managing their new putsch regime in Kiev – completely outside of the country’s democratic process. Watch: 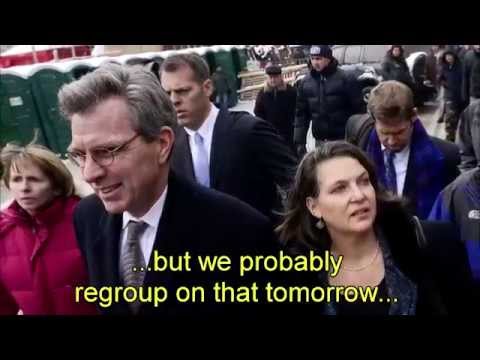