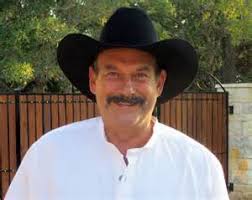 Over the years, I believe I’ve written on this topic three or four times but now it is even more relevant. “What” would you sell your gold for? The question is not “why” because the answer to this could be far ranging and differs by individual. You might want or even need to sell gold for any number of reasons such as living expenses, to pay off a debt(s), for medical reasons, or any number of other circumstances.

Before getting to the topic of “what”, as you can imagine, we get all sorts of questions that don’t really make sense once you break the question down. For instance, I can’t tell you how many times people have asked “but if the system goes down, how can I sell my gold if no one has money to buy it from me? Who will buy it”? When this becomes the case and markets are either in disaster mode or even closed (and gold is priced at much higher levels in dollar or any other currency terms), unless you are selling your metal for something you absolutely need …what would be the purpose of your sale? To lock in your “profit”? Really?

Think this one through from the eyes of a Venezuelan? Gold has skyrocketed (as has everything else) in Bolivar terms, would it make sense for a Venezuelan to sell his metal and accept Bolivars in return? What happens the next day or day after that when the Bolivar devalues even more? What happens when the Bolivar goes to zero? The reality is this, gold IS money itself whereas Bolivars are simply a currency. Currencies are a medium of exchange, NOT a store of value. History is full of similar examples.

Now on to “what” will you sell your gold for. Whenever you sell gold (unless you are bartering for something directly), you will receive currency in exchange. But didn’t you “buy” your gold or silver in the first place to get out of the system? Or did you purchase to speculate on the price? If you bought in the hopes of the metal rising in price and plan to cash out and take your “profit”, you are sorely mistaken and will be gobbled up in the coming currency collapse.

Using the Venezuelan experience as a real life example, suppose you bought metal a year ago with Bolivars and sold when your metal doubled? You now have twice as many Bolivars as you started with but with one small problem …the Bolivar has declined 90%. What happens when the Bolivar is not accepted anywhere, externally or even internally and is valued at zero? The simple math is this; two (twice as many Bolivars) times zero is still zero …!

The above topic was chosen after having a discussion with Jim over the weekend. We spoke of the above which led Jim to mention THIS is the reason why when the dollar (and all currencies) trade in panic mode and the metals are marked up, there will be no big crash in price afterward similar to the 1980 and 2011 experiences.

He has said this for several years now and I must confess I wasn’t sure why. But the more I thought about it the more it makes sense. Please follow this through; last year I was employed as an expert witness in a very large lawsuit because the money manager took the “crazy” stance of buying physical gold and silver for his client. Upon my deposition I realized how wrong and uninformed opposing council was. It was his belief that even “if” we are correct and the dollar hyperinflates …the system will right itself and the dollar will recover in similar fashion as stock markets do eventually after they crash.

Do you see the connection to Jim’s thought that gold and silver will not crash back down this time around? It is all about currencies collapsing under the weight of un repayable debt. The only central bank response can be QE to infinity, fiat currencies in general will NEVER come back in purchasing power, thus they will never regain versus their principal value versus precious metals …or anything else for that matter!

To bring this full circle, anyone who sells their PMs for fiat currency is not only coming back into the system, they are making a bet that fiat currencies will get stronger and actually gain in purchasing power. Over long periods of time, this has NEVER ever happened over several thousand years. And no, this time is not different. The only thing different is the speed at which information travels and trades can be done. What was true of monetization throughout all of history is still true today, if you overcreate “anything” …its value will decrease.