by Jay Chambers, All News Pipeline: 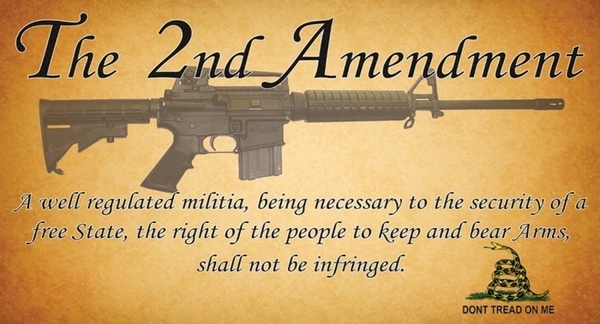 – Our Founding Fathers Would Be Proud As ‘Gun Nation’ Grows Bigger And Bigger By The Minute!

Nowadays, guns are a very popular thing around the world – particularly if you are concerned with your safety. In the past, people would get guns only when it came to heading off into war – or, well, if they were police officers.

Now, pretty much everyone in their right mind should be able to get a gun. As long as they do not have a criminal record or don’t seem like they will start shooting people out of nowhere, there is no reason why they should not gain access to a gun.

In some countries, guns are more popular than in others. Guns are manufactured more and more by the minute, and even the regular citizen should be able to buy a gun to stash into a purse or a bag.

To give you an idea, here are the nations that have the most firearms per 100 people:

The fact that the United States holds the first place is not actually that surprising. Everyone has learned to take advantage of the Second Amendment. It is, however, glorious that it beat Switzerland by almost double that number. Most civilians there hold guns – and the gun nation seems to be growing bigger and bigger by the minute. 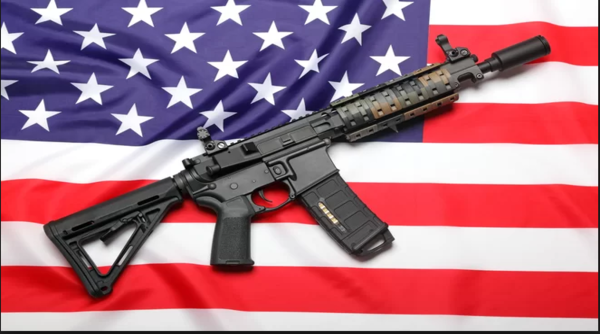 The Birth of a Gun Nation

Many Americans believe that the gun directly represents the identity of their country – a direct symbol of their freedom. The “right to bear arms” was inherited from those who battled in the American Revolution for independence against the British – and to this day, this right is continuously tackled.

The American “founding fathers” wished to protect their country from the “old world” rule. They no longer wanted to live under their sovereignty. Therefore, with the constitution in a hand and a gun in the other hand, the pioneers succeeded in capturing the Wild West. At this point, a new type of citizenship was born.

Two centuries later, guns are still a popular topic in the United States. On one hand, there are people who believe that the Second Amendment is something to be protected. On the other hand, there are people who think that the laws should be stricter. Even Barack Obama claims that one of his greatest frustrations during his presidency was the fact that he did not manage to implement “common sense laws for gun safety.”

Why Is the United States Still Growing as a Gun Nation?

America has on average 265 millions guns – which is more than one gun for every single American adult. Granted, while not every adult has ownership of a gun (some super-owners have an amazing collection of around 20 guns each), it is still a number to be amazed by.

But how is this gun nation going to develop in the future? Will there be any significant changes, or will it stay just the way it is? The chances are that it will keep growing – and there is a pretty good reason for that. There are multiple reasons, to be more precise. 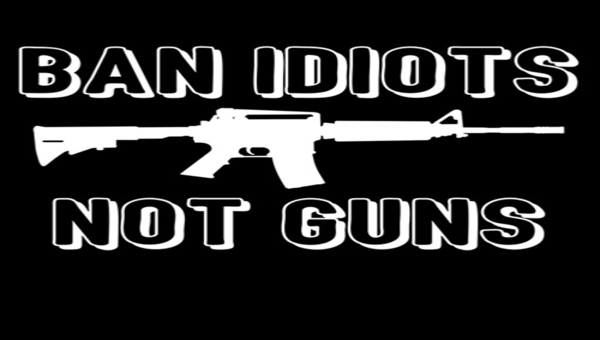 In some states, it is easier to buy a gun than it is to buy a beer – and you won’t have to go through any thorough background checks either. Granted, you will have to provide some proof that you are not some mentally deranged psycho.

In Texas, for instance, everyone who intends to buy a gun is required to present a background check from the FBI. It doesn’t even matter if you’ve had past “incidents” with the law. Only those who have previously undergone psychiatric care or have otherwise been deemed as “mentally defective” will be prohibited from buying a gun.

So, considering that there are practically almost no limitations to buying a gun, it is not surprising that the market is on a continuous rise. Plus, they are easy to operate, which increases their popularity even more.

Considering that pretty much everyone has a gun in the United States, it can be quite stupid – not to mention dangerous – not to own a gun yourself. When you risk someone pulling out a gun on you at every step, it is obvious that you also need a gun to protect yourself from impending danger.

For instance, after the Sandy Hook Shooting, the NRA made the suggestion that schools would be much safer if the professors were also armed. South Dakota took them up on their advice in 2013.

In the United States, guns are for protection as they are for business. More and more guns are manufactured now than they ever were. For instance, in 2013, around 10.8 million guns were made – which is a much higher number compared to the year before.

The business of firearms is also vital to the economy of the United States. The yearly revenue that the US gets on manufacturing guns and ammunition reaches around $13.5 billion. With these numbers, it is safe to say that the gun industry won’t be going anywhere.

If you live in a culture where owning a gun is a normal thing, you can’t really go up and impose rules claiming otherwise. Barack Obama is proof of that; he already tried it and did not really get that far.