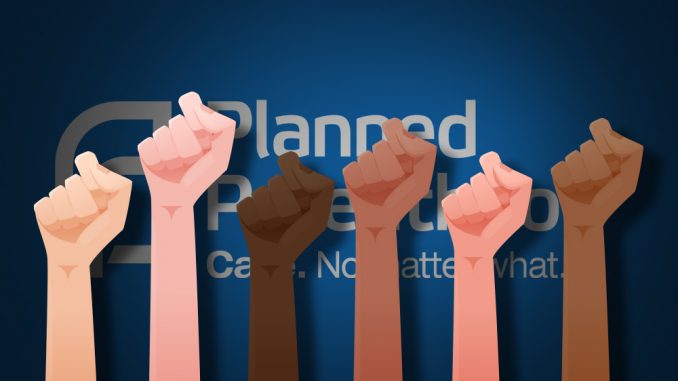 If you have the stomach for it, the below video depicts what all those pink-wearing feminists and Leftists were cheering about the night that New York Governor Andrew Cuomo signed into law the “Reproductive Health Act” (RHA) legalizing infanticide, or the murder of human babies after they’ve already left the womb.

Linked from Brighteon.com, the latter part of the below video (beginning around 4:20) shows what actually happens during a late-term abortion, as an innocent baby is ripped from the womb of an irresponsible and amoral female, before being stabbed to death and tossed in the trash by abortion “doctors.”

In case you missed it, on January 22, a gleeful Cuomo, surrounded by a deranged mob of mostly female baby-murderers clapping and cheering, signed the RHA into law. During the signing ceremony, Cuomo screamed:

What Cuomo and his fellow baby-murderers were celebrating is what’s described above and depicted in the below video – the violent murder of innocent, helpless human babies as they’re ripped out of the womb:

Cuomo says he’s “not here to legislate religion,” as he legalizes religious human sacrifices to Moloch

When questioned about his decision to support baby murder, Cuomo tried to claim that he’s “not here to legislate religion” – the implication being that anyone who’s against murdering babies is somehow pushing their own religious beliefs on others.

But the truth of the matter is that infanticide is a part of the Left Cult’s religion, and actually dates back to biblical times when child sacrifices to a Canaanite god known as “Moloch” were prevalent. This Canaanite religion is now being openly embraced by baby-murdering Leftists as “a woman’s right to choose,” which is really just a rhetorically deceptive way of describing the Liberal Mob’s devotion to its god, Satan.

EVERY human life has value

While these Moloch-worshiping Satanists would have us all believe that only feminist lives matter – a type of feminist supremacy over the unborn – all lives actually matter. In fact, unborn lives would seem to have more value, deserving extra protections, seeing as how they can’t defend themselves against the abortion “doctors” who make a living murdering them.